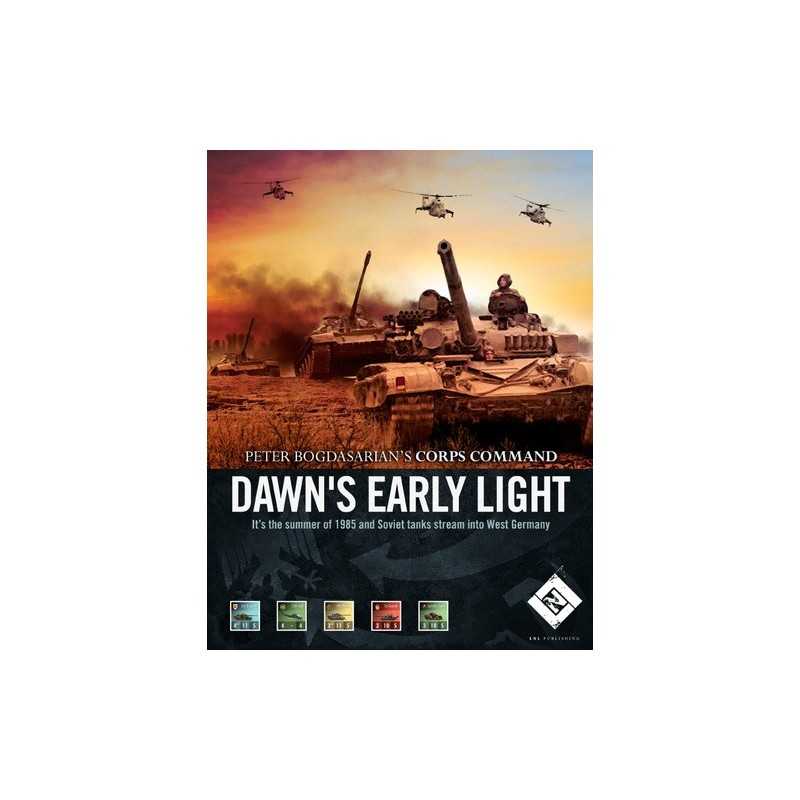 The Corps Command system comes to the Eisenbach Gap!

The Soviet First Tank Army crosses the border into Germany and strikes into the Eisenbach Gap, seeking to rip open the belly of NATO's defenses. American and German troops scramble from their bases to try and delay the Soviets, for if they get through, they will drive all the way to the Rhine. Over two thousand tanks will meet in the decisive engagement of the war.

The Corps Command system returns with a modern twist! Asset chits allow players to bring in reinforcements and influence the battle space with gunships, chemical attacks and electronic warfare. New defensive fire rules give an attacker a reason to sweat and encourage players to match their units to the right terrain. All of this with the same lean, mean and simple system as the first game in the series, Corps Command: Totensonntag.

The Soviets hit hard but fold fast - as their units wear down they lose initiative, making them less and less capable, and the clock is against them. The NATO (American and German) forces defending the Gap are highly capable but are outnumbered and playing for time. Both players are being asked to do the impossible - to win the greatest tank battle of all time.

The game ships with:
A 17" x 22" mounted map that beautifully depicts the lush, West Germn landscape of the Eisenbach Gap.
136 colorful, 5/8" counters, representing the battalions and brigades that fought the first battle of World War III.
Easy to learn, quick to read, rules. Be up and playing in less time than it takes to set up other games. Better yet, if you know how to play Corps Command: Totensonntag you know the basics of Corps Command: Dawn's Early Light.
Players' Aid card and Terrain Effects Chart.

Everything lovingly packaged in a good-looking box.