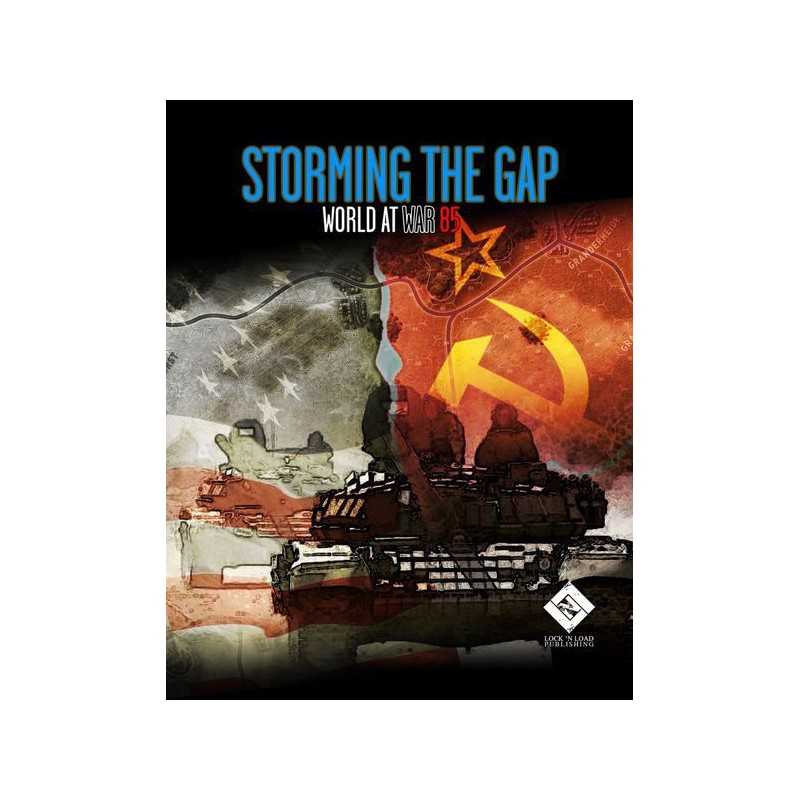 STORMING THE GAP is the first volume in the WORLD AT WAR 85 SERIES of games of fast and furious platoon-level combat. Set in 1985, in an alternate history of World War III, when the Warsaw Pact armies storm across the border of East Germany in a powerful attempt to seize West Germany and the whole of Free Europe.

"The commander of the West German 15th Panzer Brigade held the headphones away from his ears, protecting them from the voice of his border battalion commander. The noise emanating out of the earpieces was at high volume, and its message was rambling.

There are Soviet tanks pouring across the border south of us heading for the Fulda crossings, our Intel section says it must be the 79th Guards Tank Division....so many...we are pulling our right flank back already, the American 11th Armored Cavalry over there will have to take care of themselves, but we need artillery...and Air, yes Air....NOW!

Calm down, Otto, Air is on the way and the guns are firing now. Tell me how many tanks you see.

How many??...” There was a momentary pause. Through the headphones, he heard the battalion commander’s breath sigh out. Then his voice came through again, only this time it was sad, resigned, almost normal.

STORMING THE GAP is the first volume in the WORLD AT WAR 85 SERIES of games of fast and furious platoon-level combat. Set in 1985, in an alternate history of World War III, when the Warsaw Pact armies storm across the border of East Germany in a powerful attempt to seize West Germany and the whole of Free Europe.

The WORLD AT WAR 85 system features a unique combat system that involves die rolls by both attacking units and defending units, which keeps both players engaged throughout the game. Die rolls are compared and hits applied quickly, as all the information you need to fight your units is on the counters. No combat results table is necessary. The initiative, formation activation, random turn length, and close air support are all smoothly integrated.

Fight the first battles of World War III, from desperate delaying actions by US Armored Cavalry and West German Panzer grenadiers to fierce local counterattacks by ad-hoc armored companies and battalions; launch lightning strikes by heliborne Soviet Air Assault troops to secure roads for massive armored columns to press into West Germany. Can you skillfully use your Close Air Support and attack helicopter support units to press for the ultimate advantage in each battle?

Twenty different game situations are provided in STORMING THE GAP, showing you battles that might have been, using the equipment of 1985 at PLATOON and BATTERY level.

Rules of play cover variable turn lengths, random formation activation, point-blank, and long weapon ranges, line of sight, and much, much more. All in a moderate complexity, fast yet flexible game system.

And to make this the ultimate WWIII platoon tactical level kit, a Battle Generator is included to accompany points listings and geomorphic maps to unleash your imagination and fight the battles that only you can design.

It is all here, and YOU ARE IN COMMAND.