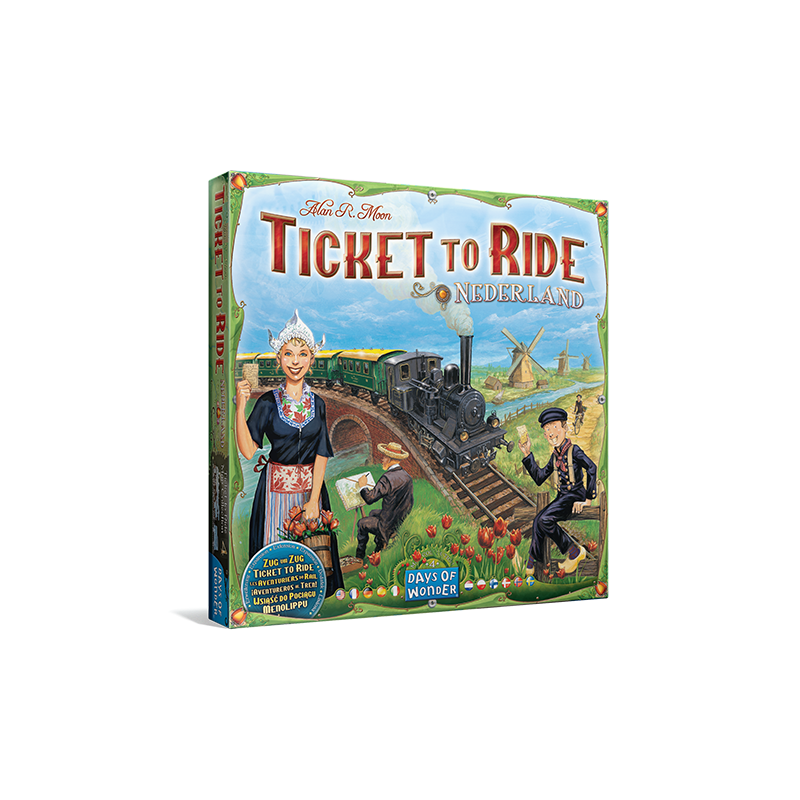 Ticket to Ride Map Collection: Volume 4 - Nederland contains a new game board with new rules for use with Ticket to Ride or Ticket to Ride: Europe with player now creating train lines in the Netherlands.

The Ticket to Ride Europa 1912

Ticket to Ride Map Collection: Volume 4 - Nederland contains a new game board with new rules for use with Ticket to Ride or Ticket to Ride: Europe with player now creating train lines in the Netherlands.

The basics of TtR gameplay remain the same as always — players collect train cards in order to claim routes between pairs of cities with the overall goal of completing tickets they hold in hand — but Ticket to Ride: Nederland twists this gameplay in two ways. First, nearly every route on the game board is a double-route, with two tracks connecting cities. Both of these routes are in play no matter how many players are in the game.

In addition to helping you avoid loans, coins matter because at game's end, players receive a bonus based on how many coins they hold relative to everyone else. In a five-player game, for example, the player with the most coins scores a 55 point bonus; the 2nd place player scores 35 points, and the other players 20, 10 and 0 points. If you've taken a loan, however, you're ineligible for this bonus scoring, so players have an incentive to build early and often.

These coin bonuses are balanced by the multitude of destination tickets with large point values: six of them are worth 29+ points while another seventeen are worth 17-26 points.