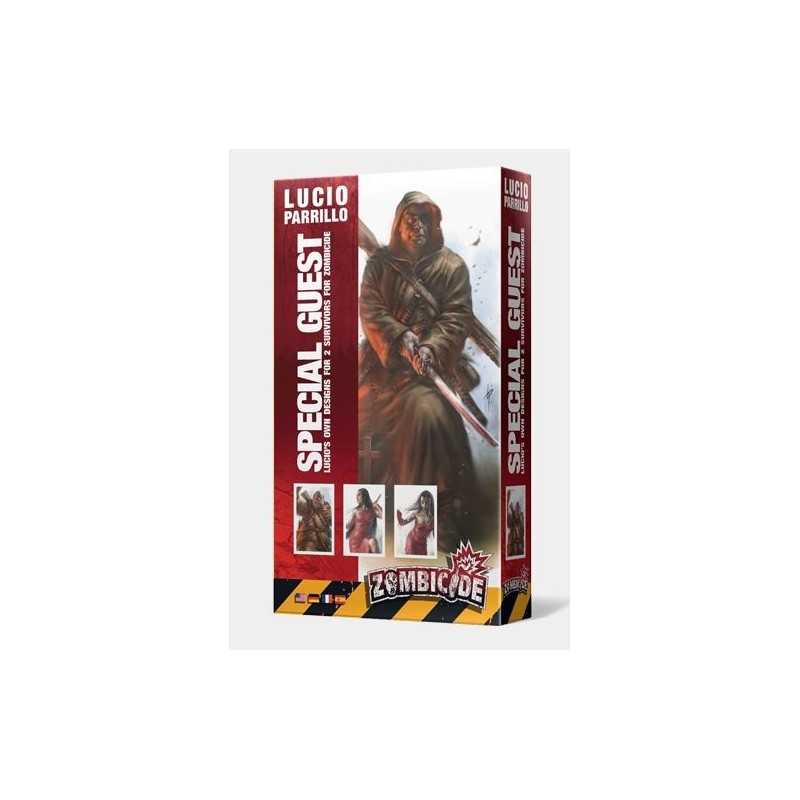 This expansion includes two survivors and their Zombivor counterparts both designed by Lucio Parrillo.

This expansion includes two survivors and their Zombivor counterparts both designed by Lucio Parrillo.

Lucio Parrillo has worked for the most reputable companies in the comics and games industry over the last 15 years. His pencil illustrations for the American publisher ‘SQP’ are featured in ‘Vampire Girls’, ‘Coven 2’ and ‘Eternal Temptation’. He painted numerous covers, interior art, and character design for a great number of video games and role playing games such as ‘Forgotten Realms’, ‘Eberron’, ‘Magic’ and ‘Hecatomb’.

Lucio has worked for many European and American publishers in Germany, France, Italy, Sweden, and USA.

BROTHER MAX the MONK
"Blessed be the undead, for they have inherited the earth."

Brother Max’ monastery was destroyed during the zombie outbreak and the rampage that followed. Scrounging weapons from the rubble, he emerged for the first time in years to face the world. Brother Max views the zombie outbreak as the start of the Apocalypse and believes that the zombies are rising from the dead and are therefore holy. By blowing their heads off he is sending them to Heaven where they belong. Brother Max’ religious fervor makes him an excellent fighter, although his zeal to send as many zombies to Heaven as possible can be unnerving.

DONNA the FASHIONISTA
"At least I don’t have to worry about price tags anymore."

Donna has always had superior taste. Her sense of art, music, and especially clothing was far superior to more pedestrian intellects. Unfortunately, she had zero talent for craftsmanship. She had the eye, but the ability always eluded her. Still, she made a decent living as a consultant, especially for a number of B-grade martial arts films. She was on the set when the zombie apocalypse began, surrounded by elegant weapons. While Donna hasn’t quite gotten used to the grunge and squalor of Survivor living, she has found one bright side: She has her pick of clothes. The zombies are almost an aside when they stand between her and particularly elegant evening wear. Any Survivor groups are guaranteed to improve their image, just by having her around.