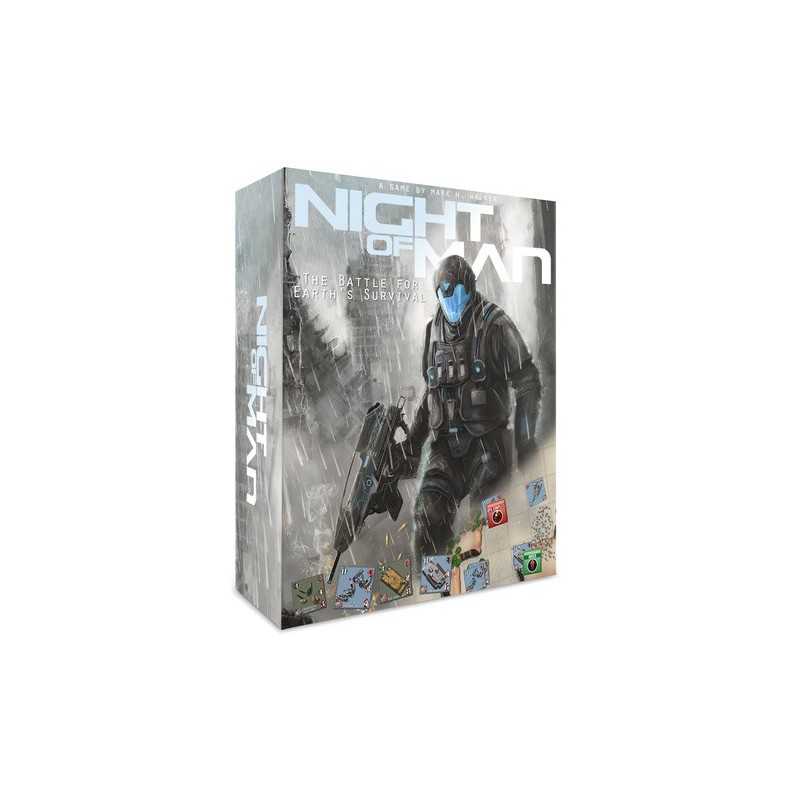 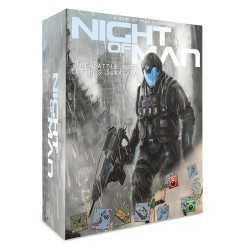 Night of Man is a card-driven, tactical board game. Set in a post-alien-invasion-of-Earth universe, the squads, heroes, and tanks of Earth's Militia battle against powerful aliens with enhanced power armor, hover tanks, Mechs (Ya, I need a better name.), and spider-like robots.

In each turn gamers draw up to a four card hand and may play a card, sometimes more, in each impulse. The cards activate units to move, fire, assault, and use special powers, such as explosive rounds, telekinesis, and more. Special cards, such as critical hit or bullet storm, can also enhance a unit's attacks.

Each turn continues until three end turn cards have been drawn. Players then choose one card from their hand to keep, the administrative markers are removed from the board, and a new hand is dealt to each player. The players use that new hand, or the card kept from the previous turn, to bid for initiative in the new turn.

Night of Man ships with numerous scenarios, as well as a point system that allows gamers to put together their own battles in no time flat.