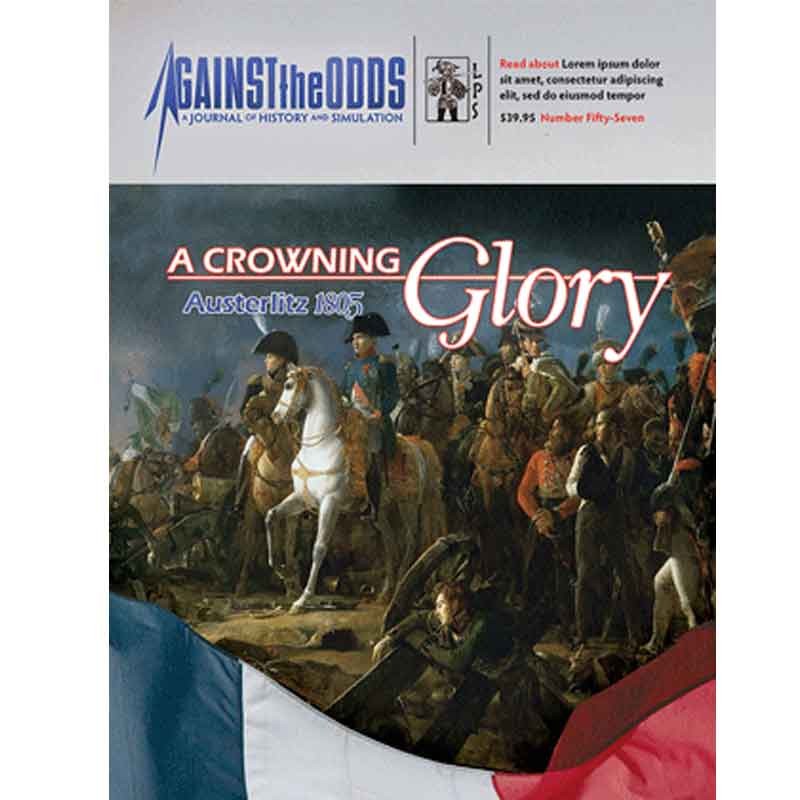 This two-player grand-tactical simulation by Ty Bomba presents the battle generally considered to have been Napoleon’s greatest victory. Both players have the opportunity to attack and defend, but the main burden of the offensive resides with the French player. His opponent, the Allied player, commands the Austrian and Russian units. Each hexagon on the map represents 600 yards (549 meters) from side to opposite side. The units are brigades and divisions. Each full turn represents one hour of ‘real time.’

Game description
Even weeks before Trafalgar, by August 1805 the newly crowned Emperor Napoleon Ier, had come to understand his plans required action on land. More specifically, he had to defeat his continental enemies in order to secure his continued power. Britain, Russia and Austria were allied against him and, since he couldn’t get at the British on their island fortress, and Russia was too far away to allow for the required quick victory, he was left with invading Austria.

Rapidly surrounding and capturing the main Austrian Army at Ulm, December found Napoleon at Austerlitz (modern day Skavkov u Brna) in southern Moravia at the end of a very stretched supply line. He also appeared to be slightly outnumbered by an Coalition army made up of the remnants of Austrian forces, plus a sizable Russian contingent. Feigning weakness, Napoleon lured the Coalition force into attacking his right flank (where he wanted them to), then counterpunched through the Coalition center to encircle most of them. The Coalition were crushed, and through the victory, Napoleon cemented his hold on the throne. It was a crowning glory.

Published in Against The Odds #57