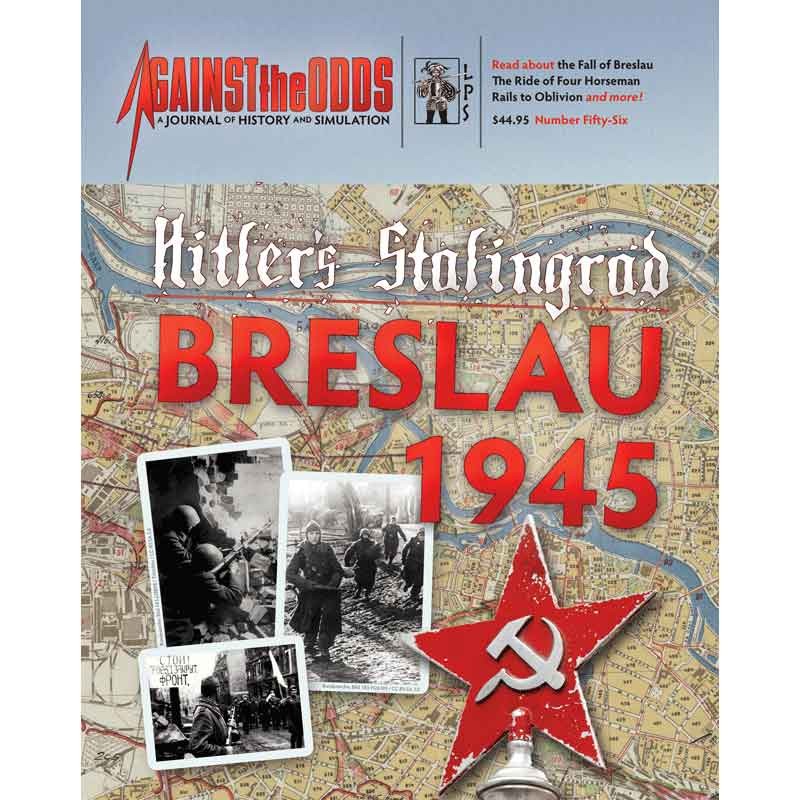 After being cut off and isolated in mid-February 1945, the German garrison at Breslau, some 50,000 men, defied all odds holding onto the city for almost a week AFTER Berlin fell! Hitler had ordered the city be held at all costs, believing Soviet forces tied up there were thus not taking part in any assault on Berlin. The defending garrison finally surrendered just days before the war officially ended (with the Gauleiter in charge fleeing the city by air to escape capture).

Game description
Taking the city fell to the Soviet Sixth Army, comprised of some eight divisions with 80,000 men between them, plus four tank regiments and two artillery divisions. An entire Air Army, the Second, was also assigned to provide ample destructive power from the sky. The task facing the Soviets was daunting; urban warfare plus a very determined defender. Terrain too was critical - the Oder River flowing through the city sliced it up into many parts. Taking a major sector of the city could mean nothing more than occupying an "island" in the end.

Although Breslau was unimportant to the outcome of the war, the battle for the city was not without incident or drama. By the war’s end the Germans lost 6,000 KIA. The Soviets lost at least 12,000. These figures exclude the toll in wounded, estimates of which range from 20,000 - 40,000. The Soviets also lost up to 170 AFVs trying to seize the city.

Hitler's Stalingrad: Breslau 1945, by designer Perry Moore, looks hard at this defiant siege. With over 300 counters and a 22" x 34" map scaled at about 650 yards per hex, a game turn represents one week. The game captures the flavor of planned, grand assaults quickly degenerating into gritty, street-level fighting, with players alternating conducting operations during the turn. Skillfully positioned reserves and sharp counterattacks can blunt massive thrusts, but at possibly a too frightfully high rate of casualties.

Special rules model rubble and barricades; the multi-level city buildings; surprise and ambush during combat; Soviet command directives; the armored train "Porsel"; remotely controlled Goliaths; and the possible use of nerve gas (Breslau was the major repository of both Germany's remaining stocks of the little AFVs and also the deadly nerve agent Tabun).