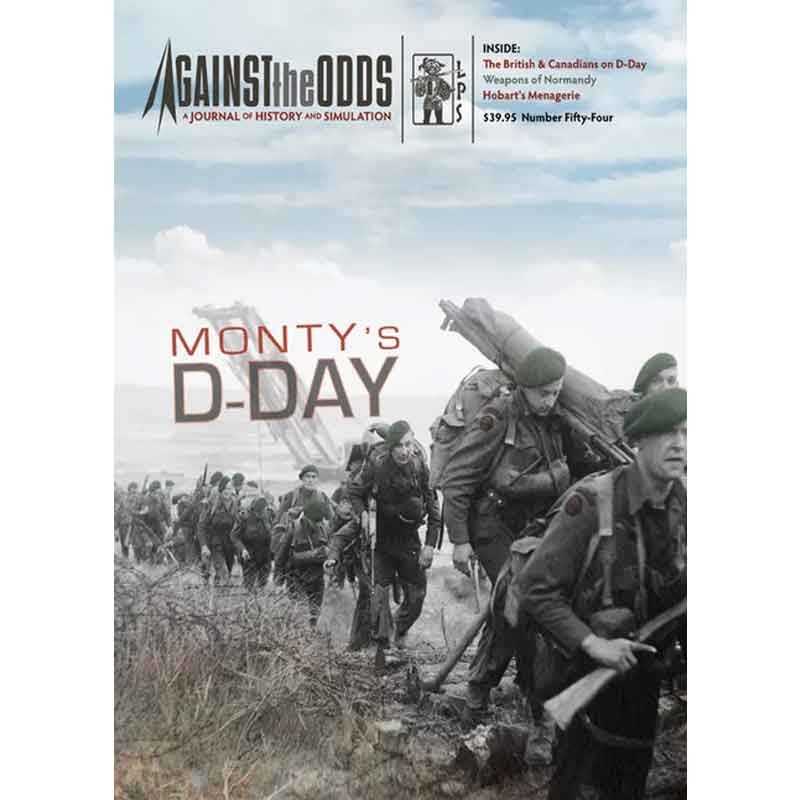 The companion game to Bradley's D-Day, Monty’s D-Day completes the Normandy Invasion vision by adding the D-Day assault frontage that was targeted by the British Commonwealth forces under Miles Dempsey which -- likely -- got much more of overall commander General Bernard L. Montgomery's attention. Most certainly, the objectives for the Anglo-Canadian beaches sound like Montgomery talking.

Game description
The city of Caen, nine miles inland, was targeted for capture on D-Day itself. It actually fell in late July, and only after the city had been leveled by bombing. Was it a "city too far?"

Monty’s D-Day will bring the design fully in-sync and up to the standards set by Bradley's D-Day, including rules for parachute and amphibious landings and solitaire rules, plus new German alternative responses.

And, Monty’s D-Day will link to Bradley's D-Day to permit the player to investigate the possibilities of the full panoply of the D-Day invasion, but works as a stand-alone game on the D-Day landings and including a campaign format.

Monty’s D-Day is published in issue 54 of Against the Odds (ATO) magazine.