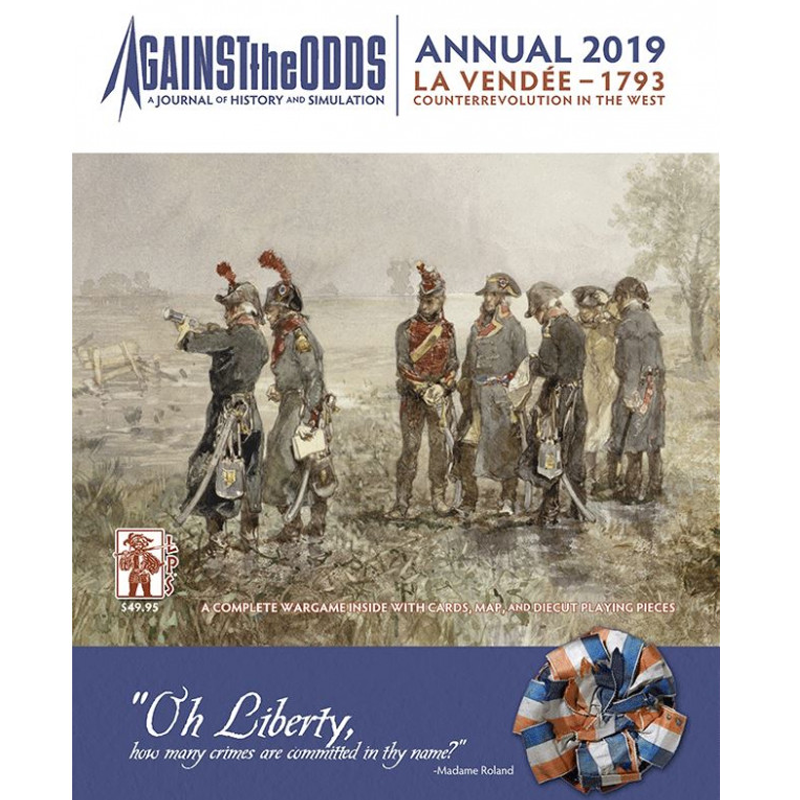 The Central Western provinces of France proved to be a major headache to both the new French Republic and the subsequent Empire. There, nobles lived with and were respected by the peasants who adhered to Catholicism. Parisian decrees ordering conscription and church closure encouraged counterrevolution. Vendéan peasants (the "Whites") begged their local nobles to rebel and defend them against a massive invading army (the "Blues").

Descripción del juego
The odds were against them but with remarkable martial spirit the Whites captured what they needed. Victory seemed possible despite massacres committed by both sides. At one point the Duke of York considered landing British troops to support them. Outnumbered two to one by well-equipped troops led by generals Lazare Hoche and Jean Baptiste Kléber, the Vendée was subdued and large swaths burned. Its inhabitants slaughtered. Historians still squabble over if the term - genocide - can be fairly applied to these actions.

Still, the Vendée (pronounced "VON-Day") rose again – and again – and again during Napoleon’s reign. Notably, the Whites even worried the Emperor during his “100 Days.” Napoleon actually committed 20,000 troops to settle the region. Might those troops have staved off defeat at Waterloo?

This area movement game by designer John Poniske depicts the first Royalist rising in 1793, centering on the “White” player’s attempt to capture and hold Republican forts. If all goes well the English may enter the fray. Meanwhile “Blue” armies attempt to overwhelm their weaker foe and implement a scorched earth policy while partisans harry their every move. Event cards present both sides with opportunities and challenges.

Bonus Game Inside!: This Annual also features an extra game. Day of Infamy examines the Japanese air attack on Pearl Harbor. Was it a masterstroke, or a poorly thought out and executed strike that ended up missing what really mattered? Explore this infamous event with this exciting game!