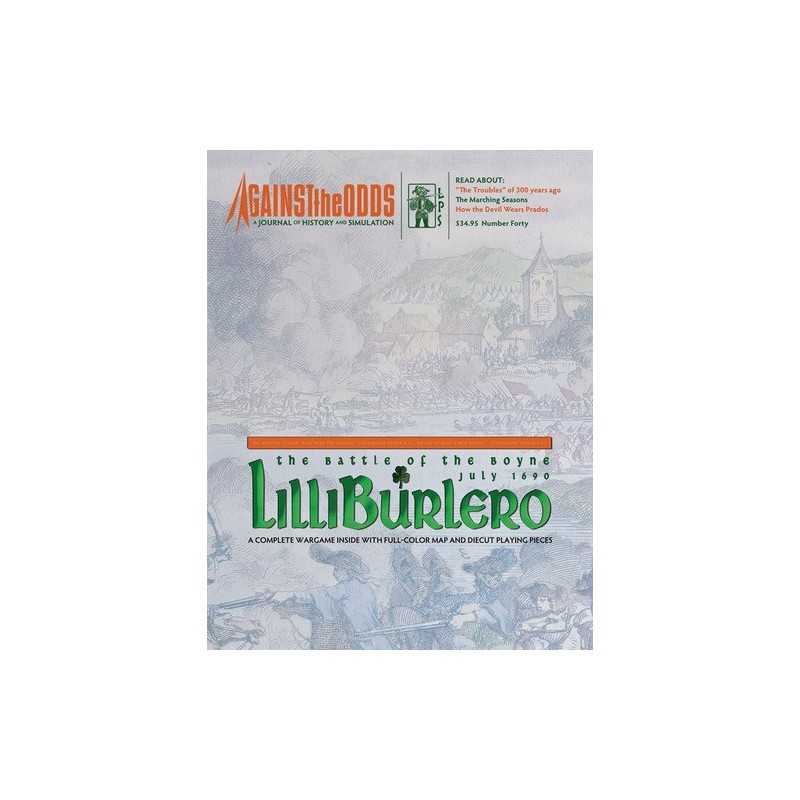 Americans hear it on the news and wonder. July 12 in Ireland has become a day of pride and anger, lawsuits and fisticuffs. Called “The Twelfth,” it commemorates the Battle of the Boyne, 1690, when William of Orange (hence today’s Protestant “Orangemen”) and his polyglot army ended the Jacobite hopes for James II ..

Americans hear it on the news and wonder.

July 12 in Ireland has become a day of pride and anger, lawsuits and fisticuffs. Called “The Twelfth,” it commemorates the Battle of the Boyne, 1690, when William of Orange (hence today’s Protestant “Orangemen”) and his polyglot army ended the Jacobite hopes for James II to regain the throne and allow (at least) more religious freedom for Catholic Ireland.

In one sense, The Boyne might be considered the last battle of the English Civil War—a conflict that had spilled into both Scotland and Ireland along the way. And it might be considered one of the last battles of the Protestant Reformation, since much support on both sides had to do with which religion other countries wished to prevail, which is evident when you find that William’s army included Danes, Dutch, English, Huguenots, Welsh and Protestant Irish. James’ army was mostly Catholic Irish but also included a brigade of crack French infantry and some of the best cavalry in Europe.

The Boyne also represents a key transition point in military technology…the last of the matchlocks and pikes and first of the flintlocks, a final time when cavalry caracole competed with pressing home a charge

It’s a song that was a popular tune before this time but became locked with the whole Irish campaign. Trust us, you have heard the tune. It used to be used by the BBC, various British army groups, and the movie Barry Lyndon, and has been featured in alternative lyrics versions for several wars since—including the ACW and WW2—and in Ulster folk tunes. It was “said to have sung James II out of three kingdoms,” and is still part of the Orange marches mentioned above.

What about the game?

Philip Jelley’s design brings us area movement for the broad area of eastern Ireland relevant to the battle, with units representing the various regiments, battalions, squadrons, and batteries that fought in the battle. Each turn represents roughly one hour of time, with weather, mist, and gunsmoke affecting command and control and unit activations. Scenarios are included for the full battle with historical deployments, the full battle with free-set-up, and for specific parts of the battle (for shorter playtime). Also included is a smaller battle “delaying action” that some people say is what James should have done, plus, there are optional rules for units who could have been involved or who had pressing reasons to NOT be involved (Even William might not be there!). You’ll have plenty of chances to try various ways of heading off “The Troubles” of three centuries ago, or of pressing William’s claims and making a truly “United Kingdom.”