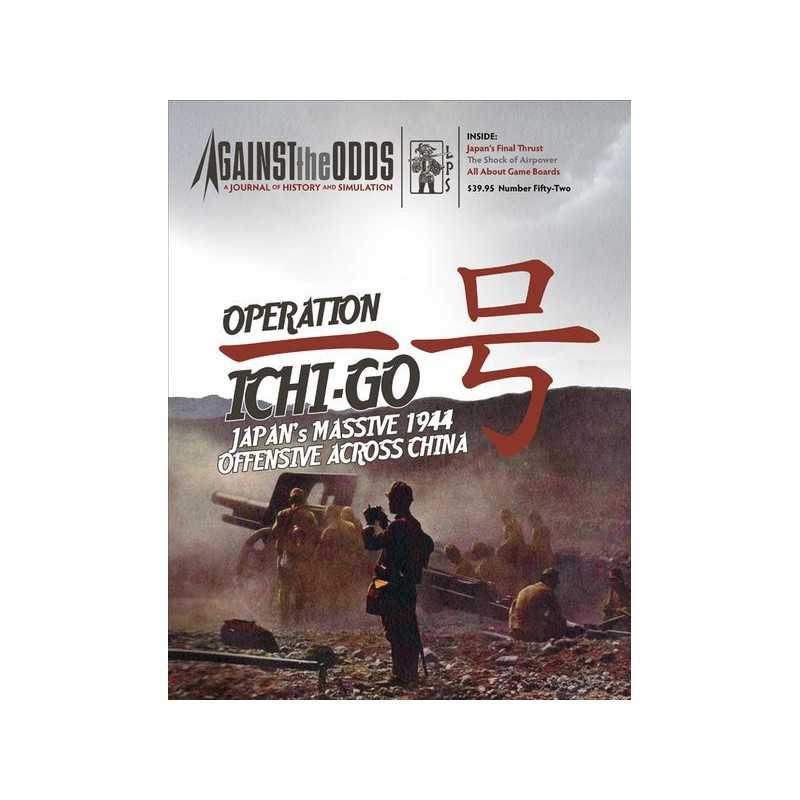 Operation Ichi-Go (“Number One”) was the largest ground offensive in Japanese history, with 500,000 troops, 800 tanks and massive logistics and artillery support. They used their tanks in armored divisions – the only time in the war they deployed such concentrations.

In mid-1944, despite their rapidly deteriorating position, the Japanese launched a massive offensive in China. They had three objectives:

Operation Ichi-Go (“Number One”) was the largest ground offensive in Japanese history, with 500,000 troops, 800 tanks and massive logistics and artillery support. They used their tanks in armored divisions – the only time in the war they deployed such concentrations.

Ironically, Japanese armies reached the goals that they set, but US airpower prevented them from using their land route to any great extent, and US victories in the Pacific gave the US plenty of other airbases to attack the Japanese mainland.

However, the offensive made a huge difference to postwar Asia. The Nationalists lost important territory, including scarce industrial capacity and rice-growing areas vital to their economy. They also lost military prestige and an enormous number of troops, perhaps as many as 750,000 casualties, weakening their ability to fight the Communists. And fatally, in order to do the offensive, the Japanese emptied Manchuria, leaving defenses against the Soviets there very weak, and from areas in China where they had been containing Communist guerrillas, creating a vacuum that the Communists quickly filled.

This two-player game has one side commanding the Japanese, and the other the Nationalist Chinese. A “what if” option allows for the exploration of the potentials of a massive US invasion on the Chinese coast (Operation "Causeway"), one of the many approaches the US considered before finally deciding to invade the Philippines instead.

There is also a set of full solitaire game rules inside (by Steven Cunliffe) where the active player (as Japan) competes against the Nationalist Chinese side run by the game system.

The game features nine monthly turns; units of maneuver are IJA (and US) divisions, with individual Chinese units varying in organizational size from divisions up to army groups. Most Chinese units are "untried" and only reveal their true value at the moment of combat.

Also includes a complete solo game using the same components designed by Steven Cunliffe, with the player commanding the Japanese attack against an automata Chinese defender.