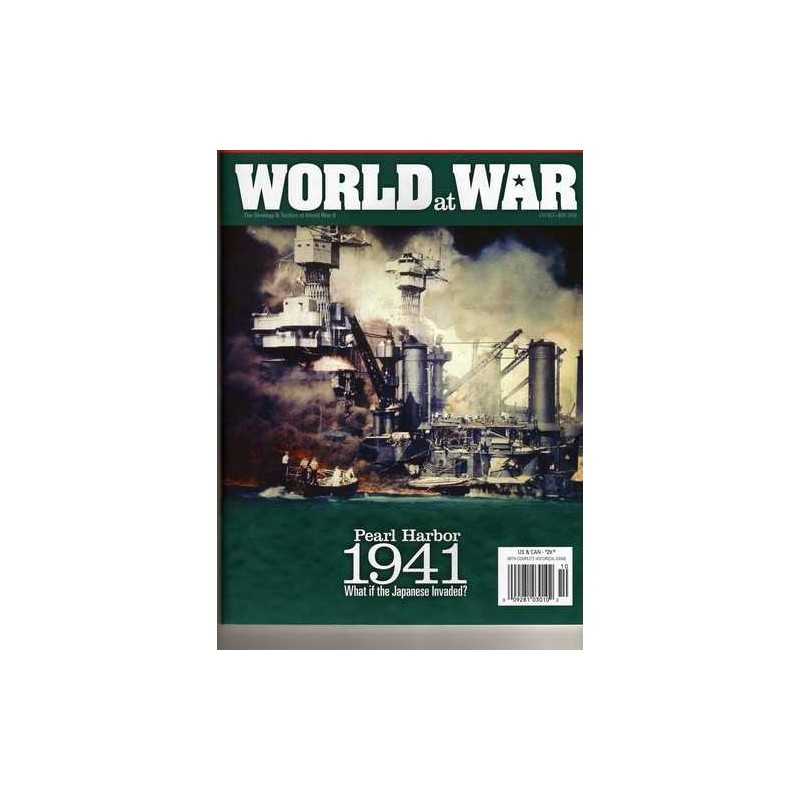 Invasion Pearl Harbor: What If the Japanese Invaded? (IPH). This game has been designed by Adrian McGrath and Chris Smith, and was developed by Ty Bomba. A low-to-intermediate complexity, strategic/operational-level, alternative history wargame of the campaign that could've resulted had the Japanese decided to launch an amphibious invasion..

Invasion Pearl Harbor: What If the Japanese Invaded? (IPH). This game has been designed by Adrian McGrath and Chris Smith, and was developed by Ty Bomba. A low-to-intermediate complexity, strategic/operational-level, alternative history wargame of the campaign that could've resulted had the Japanese decided to launch an amphibious invasion of Oahu at the same time as their historic air raid. The game is intended for two players, one commanding the Japanese and the other commanding the US forces. The game system is focused so as to present the ground-commanders’ views of the campaign. Aero-naval operations – though certainly important in play – are presented more abstractly than would be the case in a design centered on those aspects of the campaign.

Each hex on the 34x22 large-hex map equals one mile (1.62 km) from side to opposite side. Each game turn represents about four hours of daylight or an entire night. Playing pieces (176 iconic counters) represent ground units of approximately company size, or individual aircraft carriers or battleships, or enough aircraft sorties (about two to three dozen) needed to affect battlefield events at this scale. The rules contain a little less than 11,000 words. Two experienced players can finish a match in less than four hours.

The single counterfactual assumption underlying the game is Adm. Yamamoto decided to back the plan he scrapped historically in September 1941. That plan had called for an amphibious invasion, conducted by about two regiments, to land on Oahu at the same time as the air attacks were begun. The further supposition then is, the Japanese, once ashore, would’ve had no more than about three days in which to achieve their now more ambitious goal: either secure the whole island or at least fight their way across enough of it – while thoroughly wrecking facilities as they came to them – to ensure the American recovery would be delayed as long as possible. The three-day limit is due to the fact that, by the end of that period, the Japanese carrier strike group would had to have withdrawn and the ground force’s initial load of combat supply would be used up.