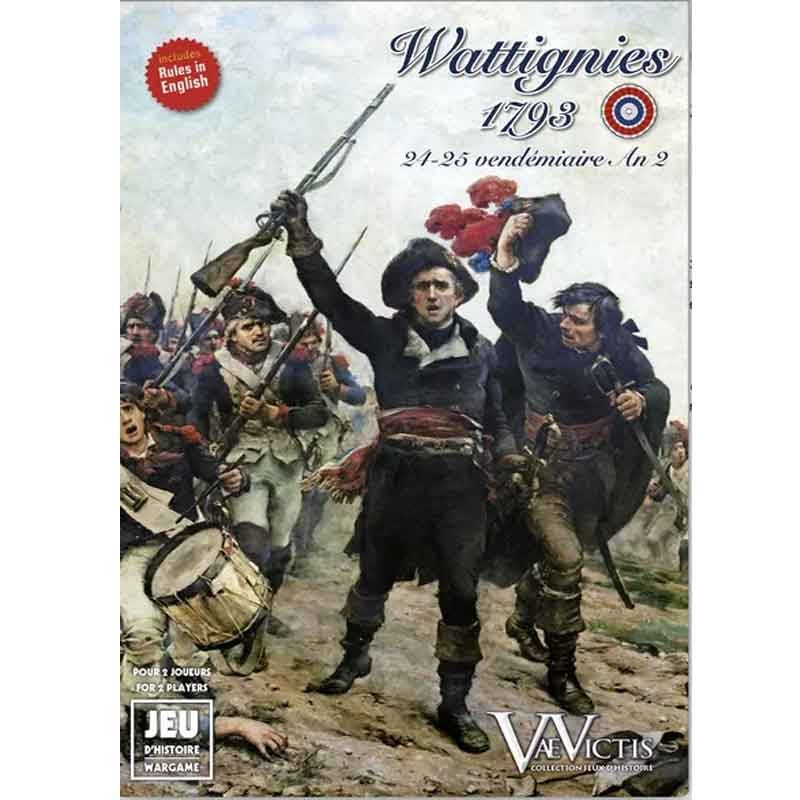 La bataille de Wattignies is the sixth game of the series "les soldats de la République" and is edited by VaeVictis.

The game includes an A2 map and 216 counters and markers.

3 scenarios are provided for this battle : the historical two-day battle, the battle without historical constraints and a shorter scenario covering only the second day.