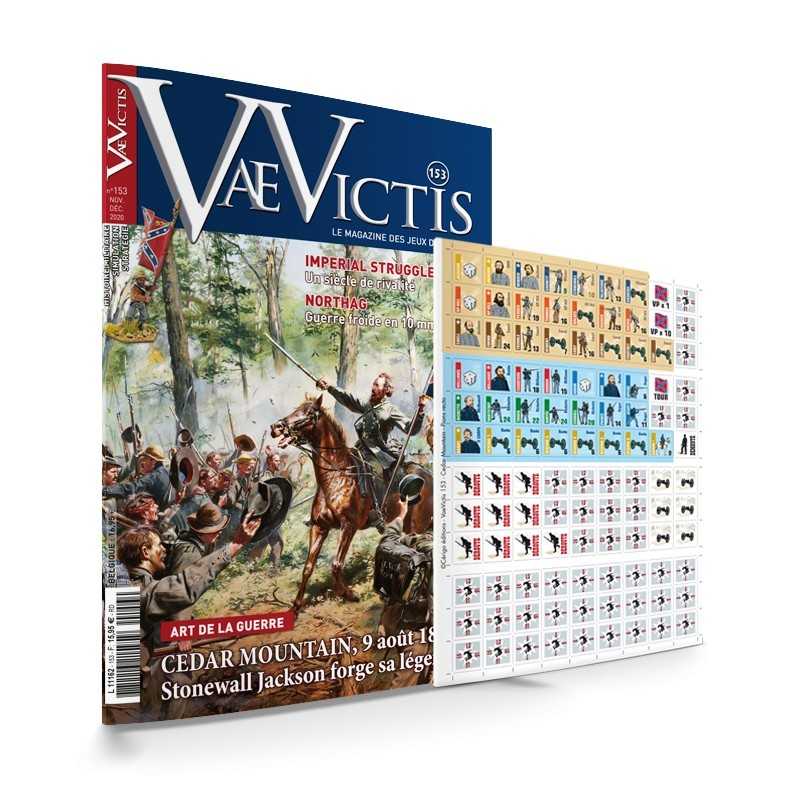 Vae Victis magazine is in French, but in each number you can find a whole wargame language independant with the English rules available from VAE VICTIS web site. VaeVictis 153 Special Issue including wargame "Cedar Mountain 1862" with die-cut counters.

FoW
In Deo Veritas
War of the Roses
Soldiers of Rome

At the end of June 1862, the Confederate general Robert E. Lee, leading the Army of Northern Virginia defeated the Army of the Potomac, commanded by the Union general George McClellan during the Seven Days Battles, thereby saving Richmond. Having put an end to the Union’s Peninsula campaign, Lee decided to put pressure on Washington and regain the initiative. Though outnumbered, he would do his utmost to avoid the junction of the Union armies in the Eastern Theater. His first target was the new and inexperienced Army of Virginia led by the Union general John Pope. Lee dispatched General Thomas J. "Stonewall" Jackson (victorious in the Shenandoah Valley Campaign of the previous winter)   to intercept the Union. The vanguard of both armies met in Culpeper County in Virginia. The Union general Banks positioned his artillery on the ridge near Cedar Mountain and a cannon battle ensued. The Confederate general Winder, leading the southerners, was mortally wounded in action, resulting in confusion and withdrawal for the south. Upon seeing this, Stonewall advanced the reserves and led the counter-attack himself. Faced with this unexpected wave, the Union line was broken and the soldiers retreated in disorder.
As Jackson, will you be able to win the first battle of the Northern Virginia Campaign or will you change the course of history wearing Banks’ blue uniform?
A game by Pascal TOUPY using the Civil War Brigade Battle system (Worthington Games) by Grant Wylie.