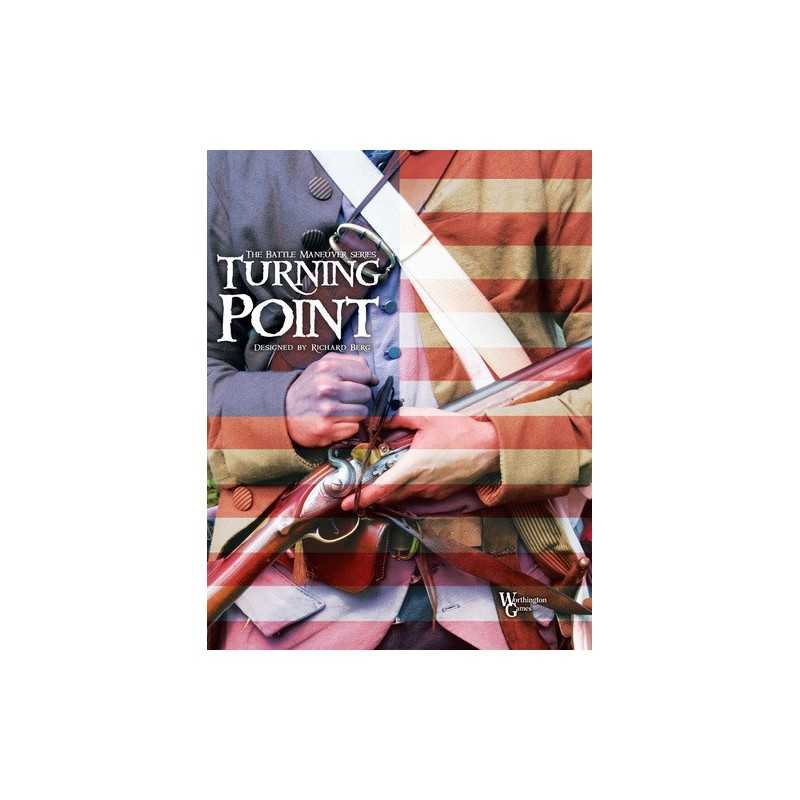 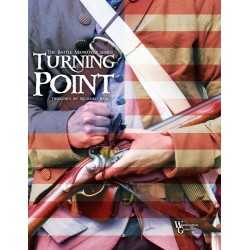 Using the Battle Manuver system (first seen in Chainmail), this is a low complexity game designed by Richard Berg. It is a full box game.

The Battle Manuver syster game uses cards, one deck for each player (whose cards are somewhat different from those of the other player) to drive the game. Each player gets a certain number of cards each turn - often a different number for each player! - but never his full deck. The cards are used to determine movement, combat, and actions such as Counter-Attack, and Rally, among others. Players may play as many of their cards up to 5 when it’s their turn, using each card for only one of the possible three purposes. Play passes back and forth between players, until both players have used all their cards… and the turn is over.

Turning Point is thus a game of card play and management, which unfolds on the historical battle map - it uses squares, rather than hexes – with the use of some large counters. This is a game of position, feint, and sudden attack with what you hope are better odds (since you don’t know what cards your opponent will play, if any, and you never know what his final strength will be). No dice are used. And there are no CRT’s.

Playing time for each battle is about 2 hours, sometimes less, and the rules are only 8 pages! Balance is excellent, and because of the use of cards and their random distribution each turn, no game is the same as any other. And the game is playable solitaire (with specific rules for doing so).