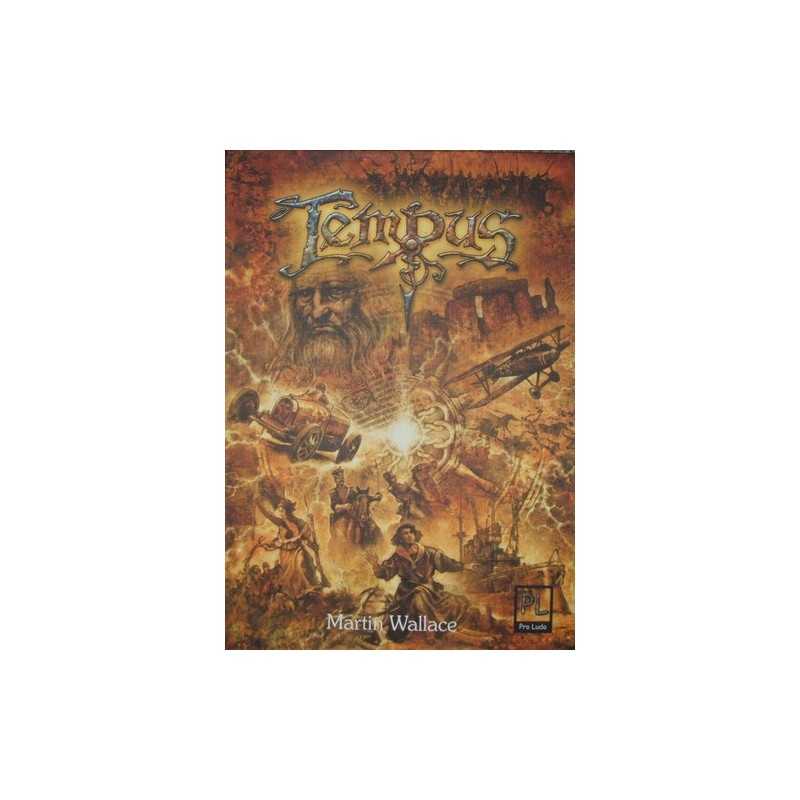 At the dawn of time, stone age civilizations are scattered across the land, each one struggling for survival. However, the spark of civilization has been ignited and cannot be extinguished. Ideas and inventions are spreading like wildfire across the continent.

Through the Ages más promos España

At the dawn of time, stone age civilizations are scattered across the land, each one struggling for survival. However, the spark of civilization has been ignited and cannot be extinguished. Ideas and inventions are spreading like wildfire across the continent and your people are taking their first steps towards building a modern society. Lead your civilization through conflicts as they strive to master world-altering advancements such as writing, road building, seafaring and more, always working towards the final goal of flight.

In Tempus, every decision is challenging, as your culture clashes with your opponents’ while time marches inexorably on. Building cities, expanding population and wars with other empires are ever-present challenges. Each era of history presents you with new innovations, which beg to be mastered.

Success in Tempus is defined by the player who can build the greatest civilization. If your civilization also manages to conquer the skies you will likely dominate the world, and win the game.

Players create the island of Tempus by placing the map tiles on the sea hexes. Each player starts with a small civilization made up of 3 Tokens, and tries to expand their presence on the island as they move forward through time from one era to the next. Each era is broken into a number of action rounds in which a player can choose to move, have babies, have an idea, build a city, or have a fight. How effective each action is depends upon the era, with the actions in later eras being more powerful. At the end of each era, Progress Points are calculated, determining which civilization makes the leap to the new era. Progress Points are awarded to players with tokens in the terrain type corresponding to the terrain of the New Era. Those players who did not advance in this era will automatically advance at the end of the next era.