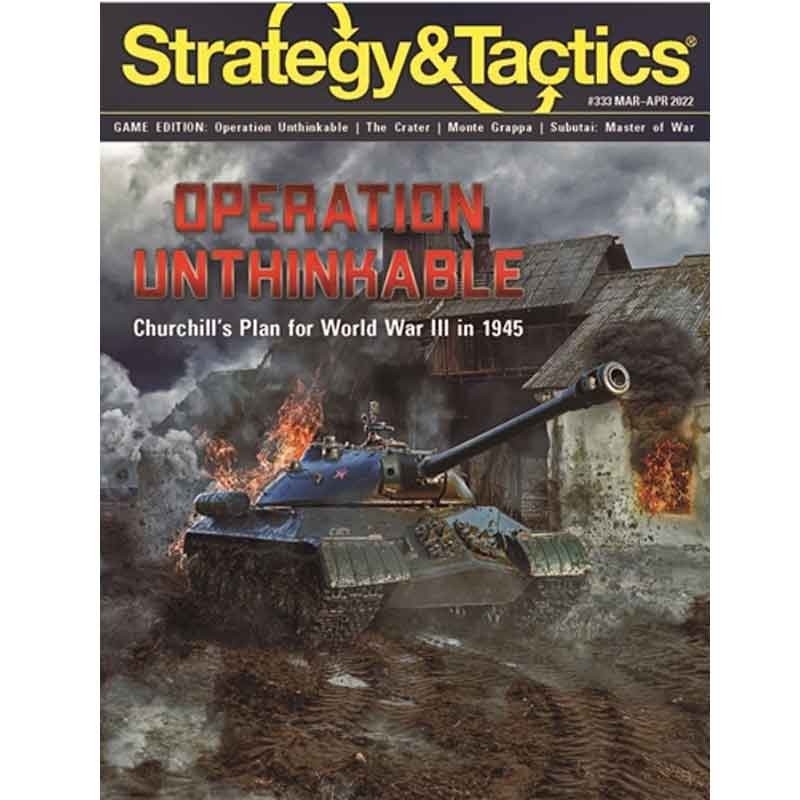 Operation Unthinkable is a two player alternative history wargame intended to investigate the strategic parameters that would have been in place during the first month of operations had the Anglo-Allies and Soviets gone to war against each other starting on or about July 1945.

Game description
The map illustrates the militarily significant terrain found in and around this portion of Germany in 1945 when portrayed at this scale. Each hex on the map represents five miles (8 km) from side to opposite side. The Soviet units of maneuver are corps or corps equivalents (western division equivalents). Those on the Allied side are mostly divisions, along with a separate brigades and regiments. The rules abstractly represent air power with the presumption that the Allies would have unchallengeable air supremacy. Each full game turn represents half a week of real time.