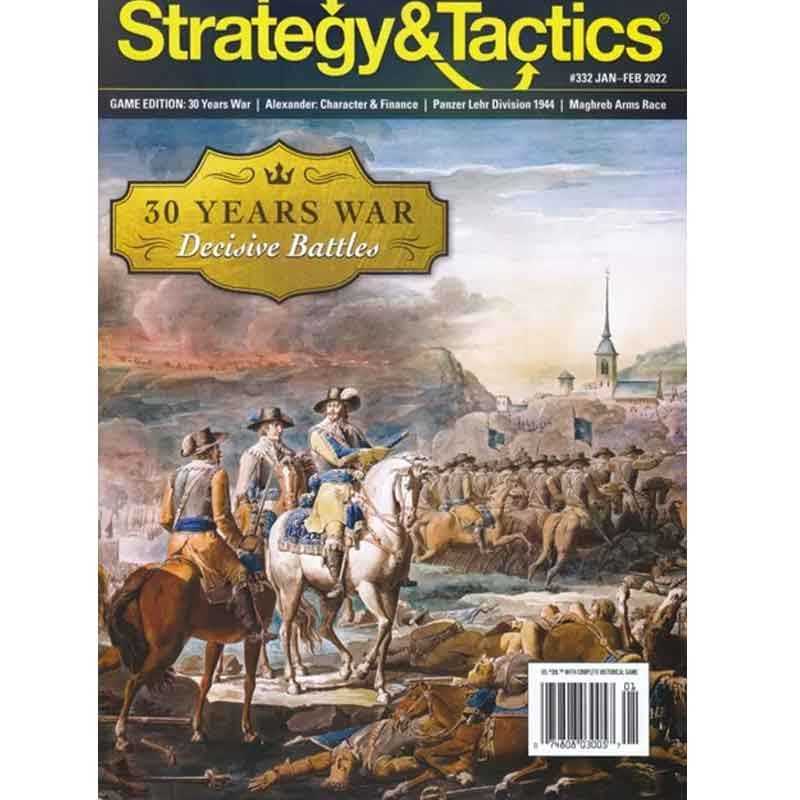 Thirty Years War Battles is a grand tactical two player system for simulating battles in Europe during the first half of the 17th century. Each game in the system is based on one of the major battles of the 30 Years War. Each battle has its own map, special rules and counters representing the military formations which participated in the original action.

The rules model the overall effects of the weapons and tactics of the great era of pike and shot, and include combat, leadership and morale. Players command armies of infantry, cavalry and artillery, each with their own special capabilities, as well as the great leaders who took the field in this era. Each hex on the map represents 150-200 meters. Each game turn (GT) represents 45 minutes to one hour. Most cavalry and infantry units represent one or two regiments or battalions. Each combat strength point represents 75 to 150 men, depending on the quality of the army and assignment of light guns to the unit. Each artillery unit represents four to six heavy or medium guns.