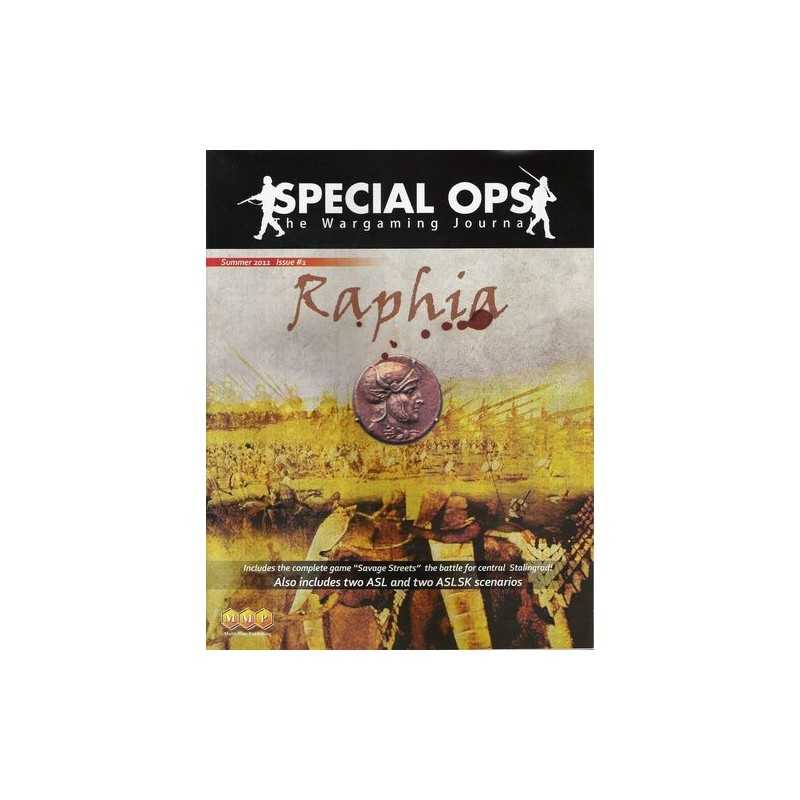 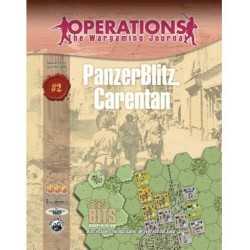 First, Dean Essig for the first time ever takes the Gamers Standard Combat Series (SCS) back in time to the Ancients with Raphia. Rampaging war elephants!

Next, "Mr. Stalingrad" Tom Morin and Nick Richardson offer up the fast-playing and fun Savage Streets. An area-move mini-game covering the epic struggle for central Stalingrad.

Articles:
The premier issue of Special Ops is jam-packed with strategy and analysis articles for many of MMP's fine games, including: Shifting Sands, ASL, ASL Starter Kit, SCS Gazala, and Baltic Gap. You'll also find an Origins 2009 report, as well as an article about the use of wargames--Fire In The Sky specifically--in the classroom.

What is Special Ops? How is it different from Operations and the Operations Special Issues?

This is best explained in the following MMP News posting from this website:

A question we have been receiving recently is what's the status of Operations magazine.

With the success of Operations Special Issues, coupled with the slight monetary loss which happens with the release of every non-SI Operations, we have decided upon the following course of action:

We intend to release a magazine twice a year which will contain content similar to the Special Issues (i.e., variants, new smaller games, etc.). There are a lot of reasons why we decided to go this route, but we believe this puts us in the absolute best position to put out a "house mag" on a regular schedule with contents that may interest most gamers who support MMP with their purchases.

We will probably be changing the name of the magazine, as we can't keep calling it a "Special Issue", nor do we feel we can we keep calling it "Operations" since its so radically different in content.

The release dates will be center roughly around our two largest conventions - MMP's own Winter Offensive and the World Boardgaming Championships (in other words, January and August, approximately).

Content will be in the neighborhood of 40 pages, with two small or one "standard" games or variants (1 map, 1 countersheet, rules). We will be supporting all of our games through this magazine (although obviously each magazine can't have content on everything we produce!)