Serpents of the Seas 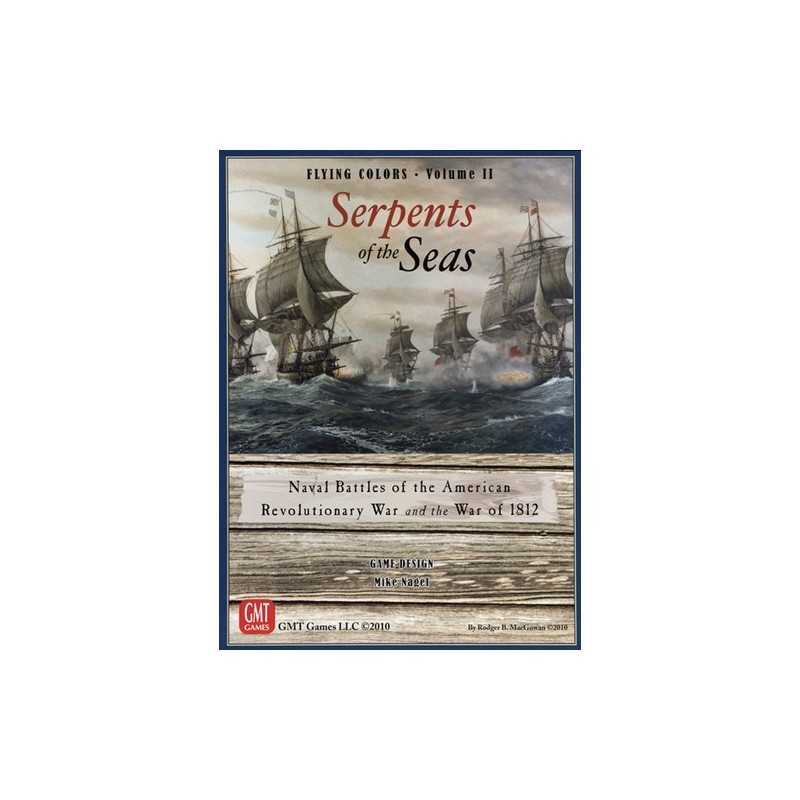 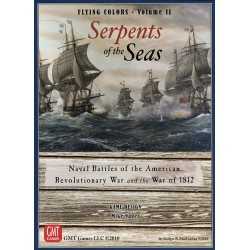 Serpents of the Seas

Serpents of the Seas is the second volume in the Flying Colors series of naval combat games, and represents frigate actions and the rise of the American Navy. Unlike the larger battles between ships of the line depicted in Flying Colors, Serpents of the Seas includes sixteen battles from the American Revolutionary era and the War of 1812 that involve smaller ships -- from tiny gunboats with only one or two cannon through “5th Rate” frigates of less than 50 guns. Also depicted are three dozen “Ship Duels” between one or two vessels on a side, like the mighty Constitution (“Old Ironsides”) against her foes Java and Guerriere. To make these duels more challenging, an all new initiative system has been created using activation cards that might grant players a jump on their opponents, but limit their flexibility in the process. The cards can also be used as events that provide additional shipboard flavor. These new systems are fully compatible with the original Flying Colors game, with mechanics that can be selected a la carte.
2x 22x34” map sheets (E and F), back-printed with the special Duel map
2x Sheets of 280 Double-Sided Counters
2x Player Aid Cards
1x Deck of 55 Initiative Cards
1x Rules Manual