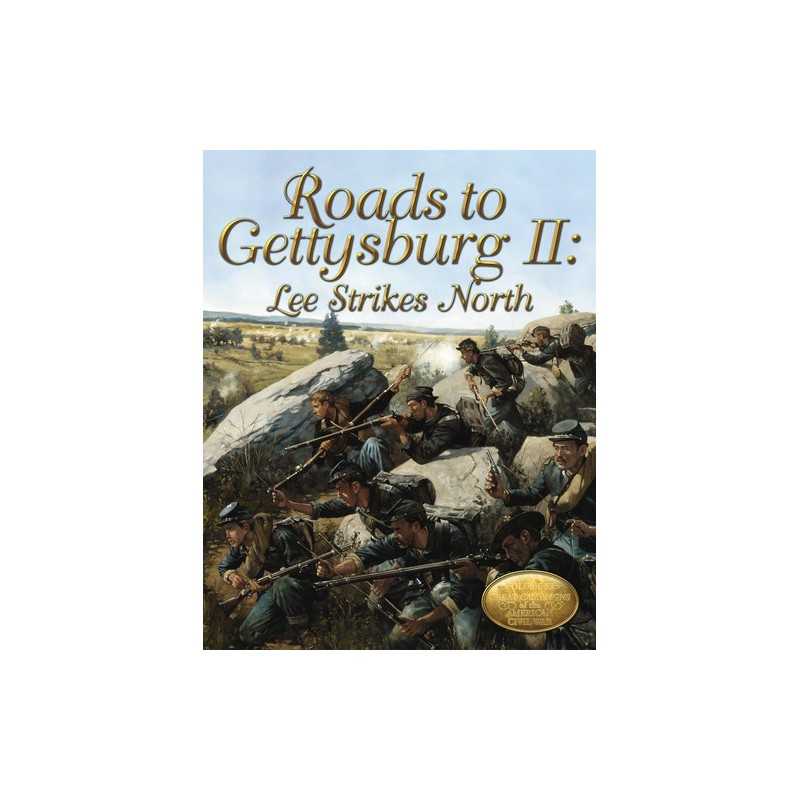 Here Come the Rebels Here Come the Rebels (which covers the 1862 Antietam Campaign) has had each Basic Game scenario rebalanced, one new scenario added, and a full reworking of the victory conditions for the two Advanced Game scenarios.
Roads to Gettysburg Roads to Gettysburg (which covers the 1863 Gettysburg Campaign) includes five new scenarios, four rebalanced existing scenarios, and a significantly revised Advanced Game that covers the full scope of Lee’s invasion of Pennsylvania.
Rebels in the White House Rebels in the White House (which covers Early’s 1864 Raid on Washington) is a quick-playing module that was originally included in the Skirmisher II magazine and has now been fully brought up to current publication standards.

The four maps included are painted by original map artist Charlie Kibler and have been significantly revised to include all the latest GCACW terrain types including hills, swamps, dams, trails and landings. The military unit counters have been redesigned by Charlie Kibler to harken back to the counters in the original games in the series but with a more modern graphical treatment.

Roads to Gettysburg II: Lee Strikes North contains an updated version of the GCACW Standard Basic Game Rules that all the other games in the series use. The Advanced Game rules are also standardized so players will be able to move quickly from one campaign to the other. This package contains a massive collection of eighteen Basic Game scenarios and five Advanced Game campaigns, divided as shown between the three modules:

[The third and fifth scenarios require use of the Stonewall Jackson’s Way II north map (Volume IX in the GCACW series) which is not included.]