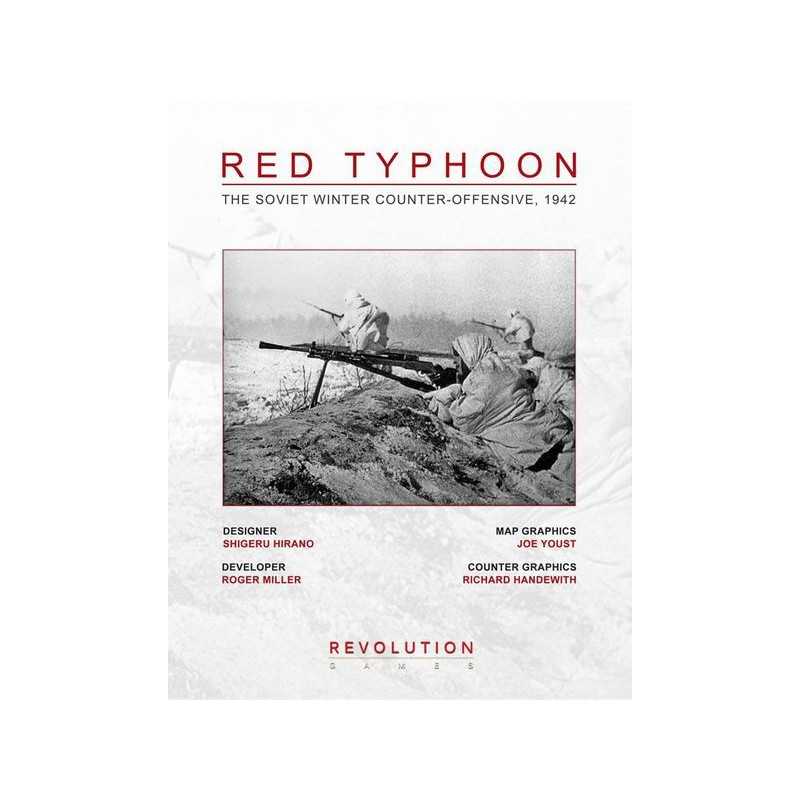 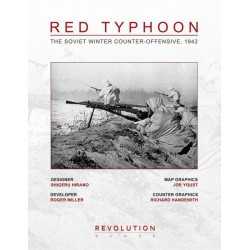 Red Typhoon is a two player game following an IGO-UGO turn sequence with activation points controlling the movement and attack of each of your formations. This means that some units will not move or attack, some will just move or just attack and some will both move and attack. The players choices of how to use his activations is the most important decision in the game. Combat is fairly traditional with the additions that units are retreated by the attacking player and that retreated units are disrupted. Players able to take advantage of these two factors will be successful.

The game starts with several large Soviet breakthroughs that the German player must skillfully plug and in certain situations counterattack. There are special rules for German panzers, Soviet Airborne and Partisans.