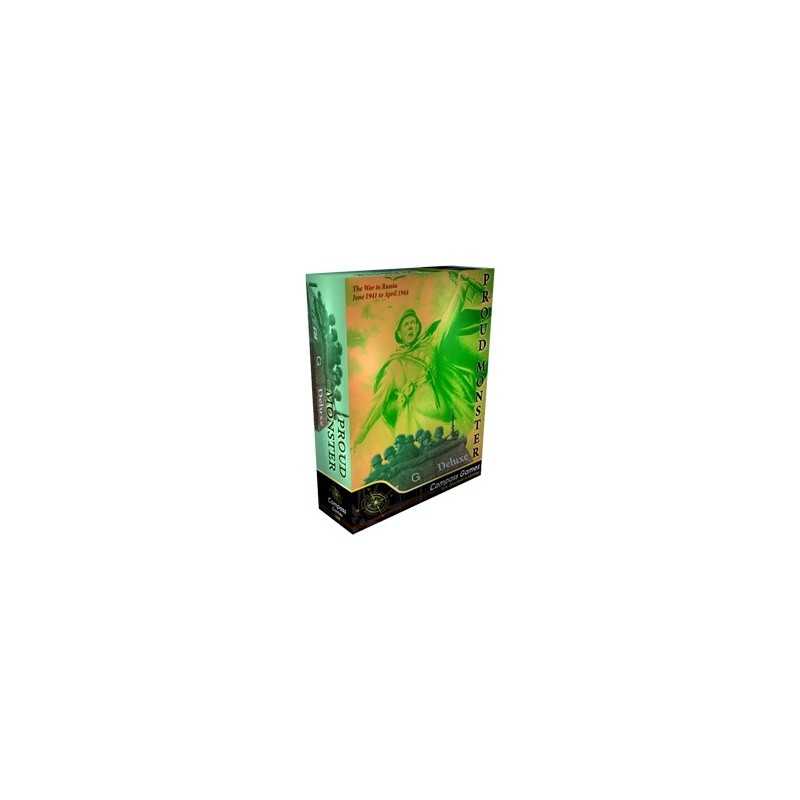 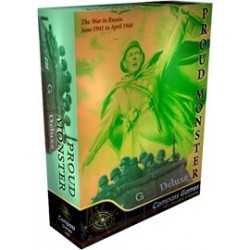 Proud Monster Deluxe is a simulation of the Russo German War beginning with the launch of Operation Barbarossa in June of 1941, and ending in April of 1944. It is a two-player (or multi-player) strategic operational wargame of low to medium complexity.

Units in Proud Monster Deluxe are typically divisions with some corps, brigades and regiments also included. Hexes are 20 miles (about 33 kilometers) across, and each turn represents about a 2 week period.

Game system: In addition to updated graphics, the major changes are Reserves and Reserve Movement phases to simulate the potential for encirclement or defensive reaction. Soviet first winter offensive rules allow the Soviets to retake parts of Russia in early 1942 as happened in history. Both sides now have offensive supply markers to show historical offensive potential and limitations. Innovative weather chits allow for weather variation without extreme weather swings biasing the game. AFV units become even more important due to AFV combat shift. Close Combat option allows for use of an alternate loss procedure and attacker advance to form a jointly-occupied hex, for example, to simulate Stalingrad's gradual fall to the Axis. The ability to fully exploit holes created by mobile assaults is limited to reserves.

The Axis forces degrade in capability over time while the Soviet forces upgrade in capability. The Axis super heavy artillery Thor and Odin, Heavy Gustav and Dora can fire before combat resolution. Besides the 1941 Free setups, 1941 historical setups are provided for both sides as well as a 1942 scenario. Seasonal offensive rules allow for special turns when special things can happen. The 2 sides show a greater disparity in capability, the Axis can do things the Soviets cannot do and vice versa. Things that work when playing the Axis may not work when playing the Soviets and vice versa.

Game components: Game components have all been improved over the originals. All graphics have been completely updated and upgraded. Counters are 9 16" and map hexes have ample space to avoid players from knocking over those stacks of counters when the fighting starts to tighten up. The four (4) maps impress upon the players the enormous expanse of the Soviet Union and the challenge for both sides to defend and overcome it. Rules are consolidated from the two original sources into one comprehensive set, with all known errata folded in, and a number of important rule changes to improve game balance and playability. In addition, the development of a definitive set of player aids will keep players playing the game instead of hunting down items in the rules.
4 maps, each map is 22"x34" with overlap
10 full sheets of 9/16" counters (2052 counters), printed both sides
1 rules book
Full color player aid charts and tables cards printed both sides on cardstock
2 6 sided dice
1 full color box and lid