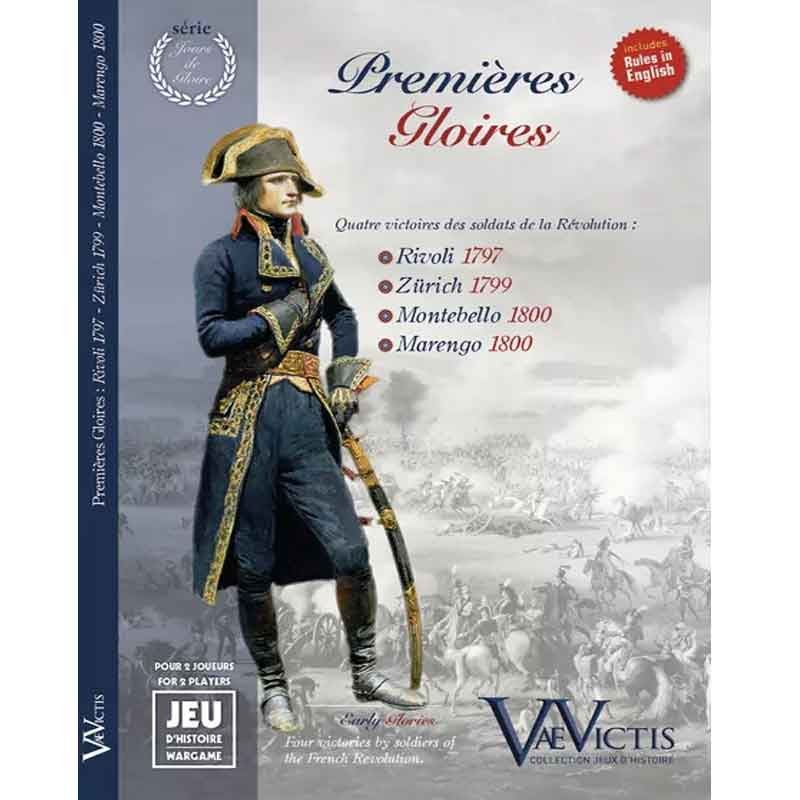 Game description
Rivoli 1797 is the conclusion of a maneuver in a centralized position, brilliantly carried out by Bonaparte. Though outnumbered, the French won a decisive victory at the cost of the bloodiest fighting of the entire Italian campaign (1st edition: VaeVictis #18).

Zurich 1799: at the head of the last French army still in a condition to carry out an offensive campaign, Masséna profited from a favorable position to save the Republic. The maneuver of Zürich and its results figured among the most glorious pages written by the soldiers of the Revolution (1st edition: VaeVictis #29).

Montebello 1800 is a clash between advance guards. The French columns hurled themselves against Austrian advanced posts and the battle expanded. The two leaders, wanting to seize the opportunity to shine, ended up committing the greater part of their reserves (1st edition: Canons en Carton).

Marengo 1800: an intense battle that the French were losing for a long while was transformed into a stunning victory when the French were able to reconcentrate and strike hard against the over-confident Austrians. Desaix and Kellermann thus brought a fresh title of glory to the young First Consul Bonaparte
(1st edition: VaeVictis #35).

Early Glories places the players at the head of small or medium-sized armies which had to fight over broken terrain or terrain cut by numerous obstacles. The fighting took place over one or several days. With your back to the wall, can you do as well as Bonaparte, Lannes or Masséna and find ways to defeat the armies of their adversaries?