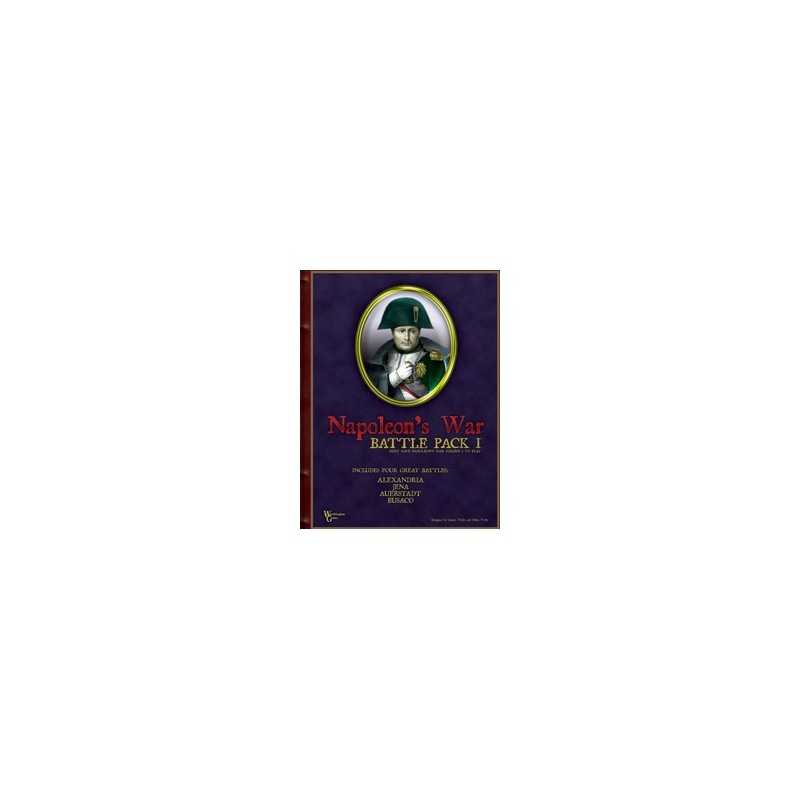 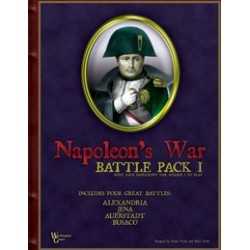 "Napoleon's War Battle Pack I" Includes the Battle of Alexandria March 21, 1801 on a desert map. Jena October 14, 1806. Auerstadt October 14, 1806. La Rothiere February 1, 1814 on a winter snow map. Each battle has it's own game board on card stock. The battle pack requires ownership of Napoleon's War Vol. I to play. Jena and Auerstadt will be linkable to refight both battles simultaneously."

This Battle Pack uses the plastic miniatures from Napoleon's War Volume I: The 100 Days but provides custom game boards and battle rules for each of the four battles.