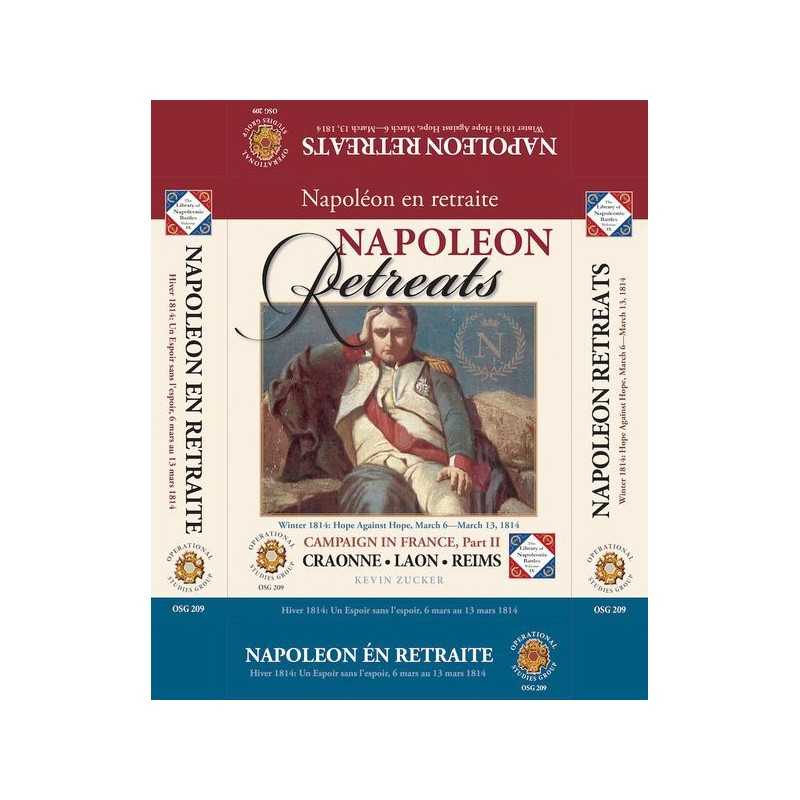 Napoleon’s Last Gamble contains five battles from the Waterloo Campaign, which Napoleon began by seizing the central position between the Prussian and British Armies. On June 15th the Grande Armée was unleashed across the Sambre River. Allied screening forces sent out the warning to headquarters.

Waterloo: The Fate of France

Napoleon’s Last Gamble contains five battles from the Waterloo Campaign, which Napoleon began by seizing the central position between the Prussian and British Armies. On June 15th the Grande Armée was unleashed across the Sambre River. Allied screening forces sent out the warning to headquarters. The Allies executed a forward concentration behind the cover of their screens. As the 16th dawned, troops of both sides still converged on the battlefields.

Napoleon's Last Gamble is one of the games from OSG's The Library of Napoleonic Battles series. Details on the series are below, as all the games share a common rules set and game system.

Quatre-Bras, Ney at the Crossroads, 16 June
The French attacked on two fronts simultaneously. The tenacious defense of Quatre Bras by the Anglo-Allied troops saved the Prussians from receiving the full weight of the Armée du Nord.

Ligny, The Last Victory, 16 June
Finally unleashed, the Guard pushed the Prussians back from the Ligny brook. Blücher himself was wounded and separated from headquarters. But Napoleon’s hoped-for knock-out blow remained undelivered.

Wavre, Grouchy’s Blunder, 18 June
Napoleon separated the two wings of his army, ordering Marshal Grouchy on the track of the Prussians while he pursued Wellington. Grouchy’s prescribed route was wide of the mark, and took him to the outer flank, allowing the Prussians to interpose themselves between the two French wings—Blücher achieved a strategic reversal of the opening.

Waterloo, A Near Run Thing, 18 June
While Grouchy frittered away time engaging the Prussian rear-guard at Wavre, Ney conducted the mid-phase of the battle like a rear-guard action in the Peninsular Campaign, failing to provide infantry support for his spectacular cavalry charges. Wellington fought a successful defensive battle, managing to cling to his ridge until the arrival of three Prussian corps. The broken French army retreated toward Charleroi; Grouchy’s intact wing moved south-east toward Namur.

La Souffel, Rapp’s Last Stand, 28 June
Three days after Waterloo, Rapp woke up and began a slow withdrawal from the Rhine, pursued by the vanguard of Schwarzenberg's Army. On June 26 the heavily-outnumbered Rapp skirmished with the Austrian III Corps. Two days later he made a stand along the Souffel River, and the Austrians attacked.