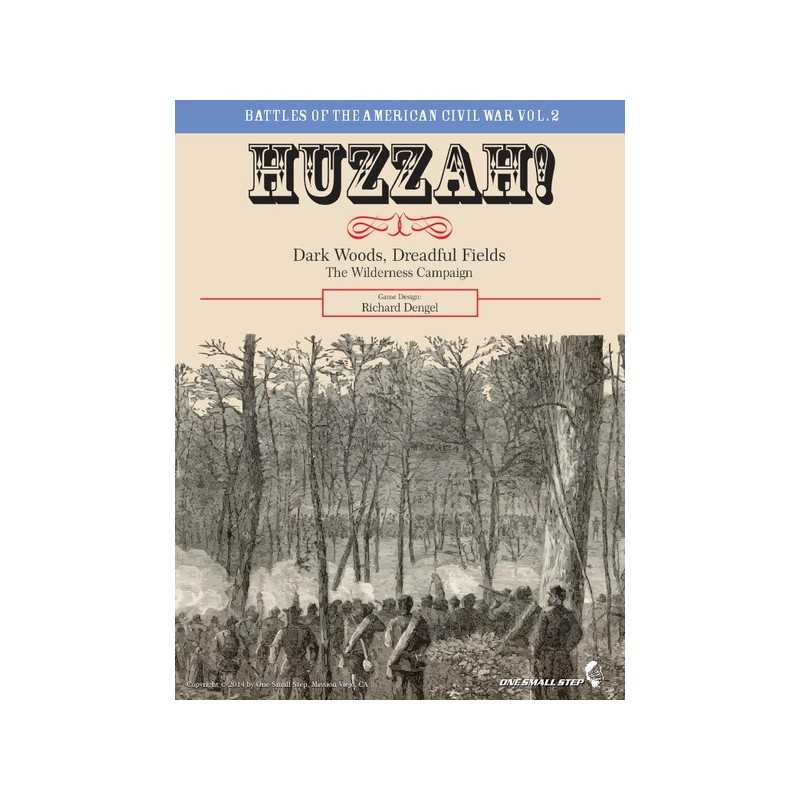 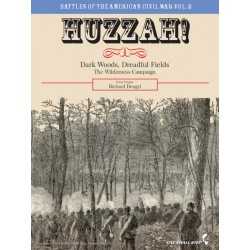 May 5th Scenarios
1 Opening Guns North. Warren's Fifth Corps temporarily punctures Ewell's center, only to be hurled back by a vicious Confederate counter-attack led by the inestimable John Gordon.
2 Sixth Corps Joins the Fray. An extension of scenario 1, as reinforcements from Sedgewick's Corps descends upon Ewell's left flank. Hay's Louisiana Tigers help stem the blue flood.
3 Hill to the Attack! Two divisions of A.P. Hill's 3rd Corps rattles up the Orange Plank Road and attempts to cut Grant in half by capturing the Brock Road intersection. A single division, commanded by VIth Corps George Getty, stands in his way. Hancock's II corps arrives just in time to save the day. Or will he?

May 6th Scenarios
1 Lee to the Rear! Early in the morning of may 6th Hancock strikes Heth's and Wilcox's divisions of Hill's 3rd Corps. Both divisions have been strung out and exhausted from the previous days fighting. They expected Longstreet's early arrival, and so neglect to fortify their line. Hancock initially drives them almost handsomely, and nearly captures Lee's HQ at the Widow Tapp farm. The engagement witnesses one of the most dramatic moments of the war, when the Marble Man himself proposes to lead the Texas Brigade of Longstreet corps in a counter-charge.
2 Like a Wet Blanket. Now fully arrived, Longstreet strikes the over-extended flank of Hancock's corps. In a swift and dramatic reversal it's now the Yankee's turn to run. Will Longstreet capture the ever important Brock Road intersection?
3 Gordon's Assault. John B. Gordon, ever the thorn in Grant's side, jumps the VI corps and nearly shatters the Yankee's right. Only the coming of darkness brings his assault to an end.

The Campaign Games
These games implement Custom command rules simulating the problems of controlling armies over vast broken terrain. Lee struggles to coordinate his widely separated wings, while Grant whittles away the days, goading reluctant subordinates to action.
1 The May 5th Mini-Campaign game. Combines scenarios 1, 2, and 3, and provides additional units and player options.
2 The full Campaign Game. Play the entire 2 day battle. The ever-frustrating Burnside provisions both the Yankee crux and the Rebel hope. Will you dare achieve better than the historical stalemate?

8 11"x17" maps that mate together to form various portions of the battlefield, or all together for the entire campaign.
560 half inch die-cut full-color counters
1 Rules booklet
1 Scenarios booklet
2 Sheets of charts and tables
2 Ten-sided dice
1 Game box