> Wargames>For What Remains Blood on the Rails

For What Remains Blood on the Rails 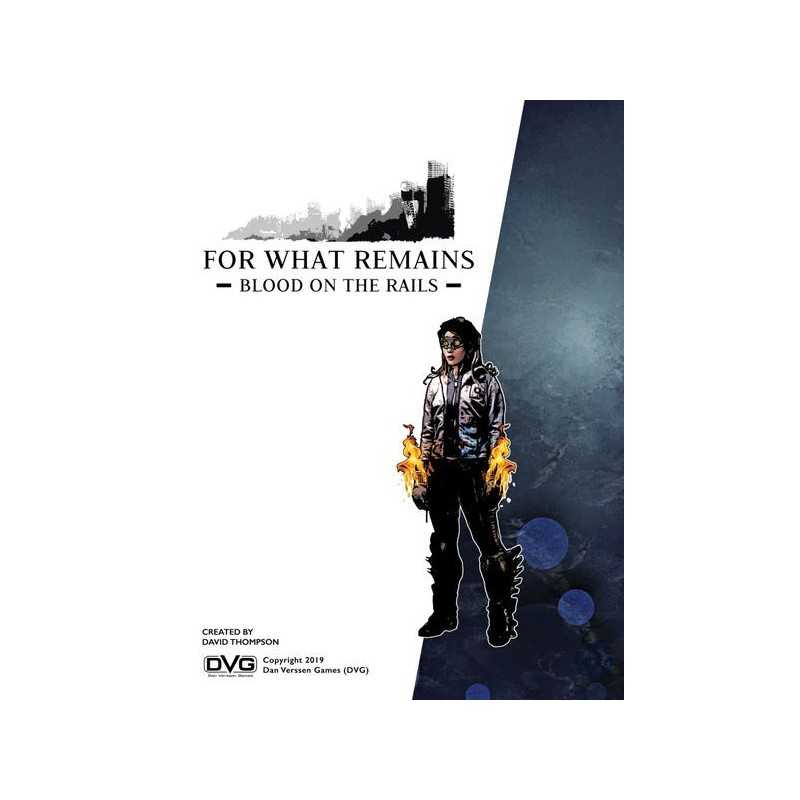 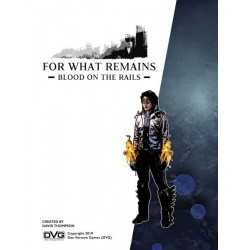 For What Remains Blood on the Rails

For What Remains is a skirmish-level series of three wargames set in a post-apocalyptic near future:

* Streets of Ruin
* Blood on the Rails.
* Out of the Basement

The game is designed for 2-player competitive play or solitaire play, and each set can be played by itself standalone, or combined with other sets to form a larger narrative. Players control characters from one of the game’s six Factions.

There are two ways to play For What Remains: skirmishes and campaigns. Skirmishes are standalone games played for a single victory, with no lasting repercussions. Campaigns are a series of skirmishes linked together to form a larger narrative. For What Remains is a scenario driven game. Each scenario typically has multiple objectives, and combat between factions is usually secondary. Players win skirmishes by gaining victory points through accomplishing these objectives.

Each character is represented by a counter and has a corresponding character card and tokens. During campaign play, characters improve their attributes and develop new abilities as they progress from Recruit to Veteran and then Elite level. A chit pull system is used for unit activation, and a step-loss system is used for tracking injuries during skirmishes.