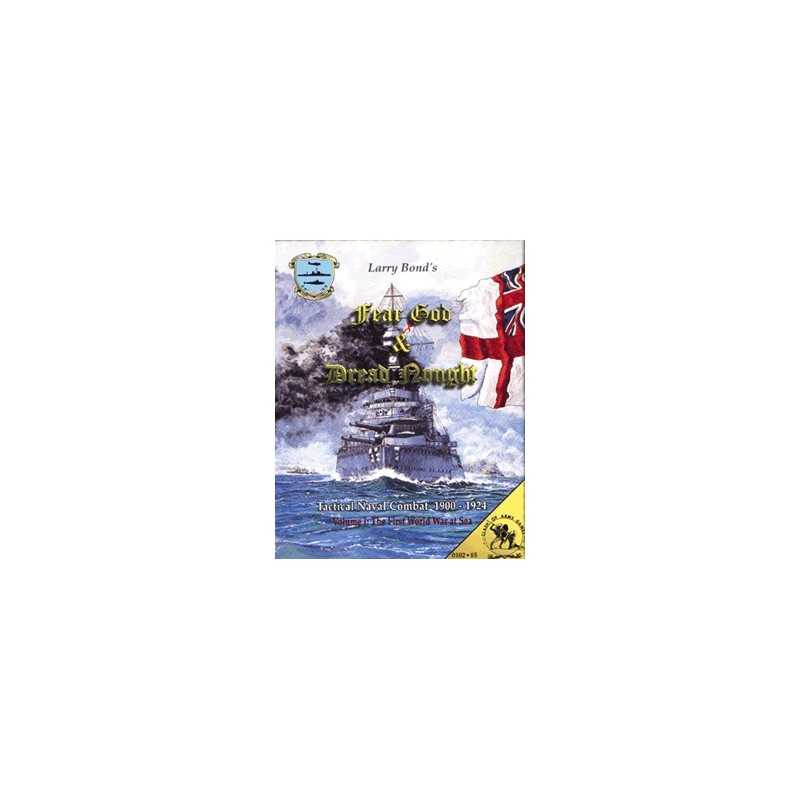 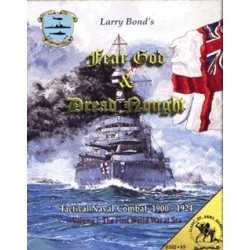 Fear God & Dread Nought completes the Admirality Trilogy (Harpoon 4, Command at Sea, Fear God & Dread Nought) Utilizing the same framework, those familiar with either of the other games will have no difficulty stepping into the First World War. The selection of a small scenario allows the novice to play within an hour of opening the box, with several scenarios also being optimal for solitaire play.

Rules come punched for a three ringed binder (not provided) for ease of use and photocopying. They follow the same format as our other rules used in the Trilogy, making them easy to follow for experienced gamers, and novices alike. Tactical turns represent 3 minutes, with intermediate turns (for long distance maneuvering and long stern chases) representing 30 minutes. Gun hit probability is based upon a combination of factors such as visibility, range, target size, number of rounds firing at the target, and speeds of the firing and target platforms. Damage is a function of the type of shell, number of barrels firing and armor of target, and is easy to calculate also. Blank ship forms allow the player to list all the ranges and damages of his ship's particular guns in advance, making it quick and easy to calculate both damage and hit probability. Critical damage is a function of the amount of damage taken last round vs. the amount of damage able to be taken. Critical hits typically scored against systems (engineering, bridge, steering or individual weapon amounts).

The 40+ scenarios include the well known "biggies" such as Jutland (broken into three parts, as well as the grand battle) and Dogger Bank, and many smaller engagements. Often there are variants given, covering important "almosts" and "what ifs". All aspects are covered, with ships provided for the Japanese, Turkish, Austrian, and Russian navies as well as the British and German fleets. The Data Annex includes all ship classes for the war and is a valuable reference by itself. So with this product, one need only Fear God & Dread Nought!
128 Page Rulesbook
128 Page Scenario book, with 40 scenarios, several of which have variants
144 Page Data Annex book (the only independent one required for all WWI)
Three Countersheets (420 1" X 1/2" counters) of ships
One Countersheet (280 1/2" X 1/2" counters) of air craft, shore emplacements, data markers, etc.
Dice necessary to play the game