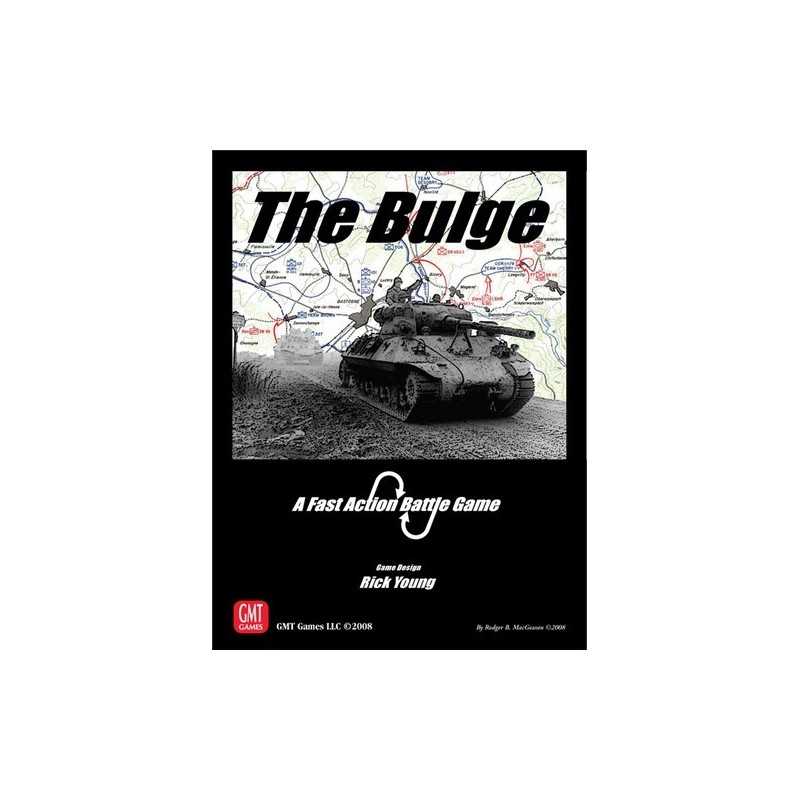 From Rick Young, designer of Europe Engulfed, comes a series of fun, tense block games. FAB games focus on speed and playability with low-unit density while keeping the history both accurate and exciting.

From Rick Young, designer of Europe Engulfed, comes a series of fun, tense block games. FAB games focus on speed and playability with low-unit density while keeping the history both accurate and exciting.

Volume 1: The Bulge brings you the Battle of the Bulge from December 16th through December 27th. You command the division and brigade level units using the historical orders of battle. You order your forces to key points, and decide how and when to order extra Assets to bolster them. Note that there are never enough of these Assets to give to all the units begging for them, so you need to weigh your decisions carefully.

FAB delivers a new blend of units and decisions to the block game genre: your forces are a mixture of wooden blocks and die-cut counters.

* Blocks: your divisions and brigades are multi-step wooden blocks with printed labels on one side only, with step-losses represented by rotating the blocks. FAB has a new twist on the units in that the pips on the edges of the blocks are color coded to represent troop quality, which can change as a Division suffers losses. Elite Units can lose their edge and become Veteran, while Green Units can harden and become Veteran as they experience the strains of combat.

* Counters: Die-cut counters represent (1) additional Assets available to you as the Field Commander and (2) major Events that could have or did occur during the battle.

* Assets represent engineers, army level artillery, independent armor and infantry regiments/battalions, and other small units that can be temporarily assigned to the battles that you deem important to your strategy.

* Randomly drawn Events provide divisional replacements, air strikes, interdiction teams, parachute drops, and events unique to each battle in the Series. These Events represent unique opportunities which you can use to influence the outcome, although you cannot count on exactly when these opportunities will be available to you.

Another strong element of FAB is the return of Special Actions, which have already been proven in GMT’s Europe Engulfed design to give flexible, exciting game play. Special Actions give you tense choices in deciding how and when to seize initiative or interfere with a sudden move by your opponent.