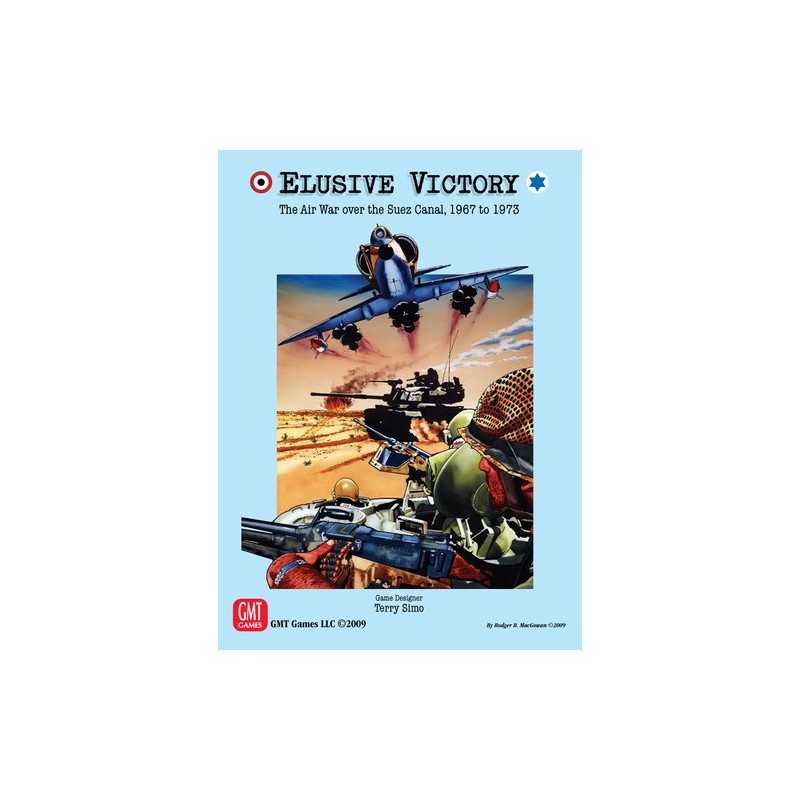 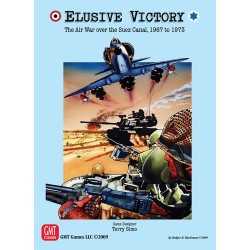 Covering air operations in all three wars, Elusive Victory simulates the battles between the Egyptian Air Force, supported by their Arab and Soviet allies, and the air arm of the Israel Defense Force. With a map that extends from the Sinai desert to the Nile river, battles ranging from close support of front-line army units to deep strikes into Egypt can be simulated.

Using the Downtown: Air War Over Hanoi, 1965-1972 air combat system, modified to depict the unique features of the war above the Canal Zone, the game will feature all the major aircraft types to feature on the southern front. Features new to the game will include SA-3 and SA-6 missiles, man-packed SAM systems, Shilka self-propelled AAA and AS-5 cruise missiles.