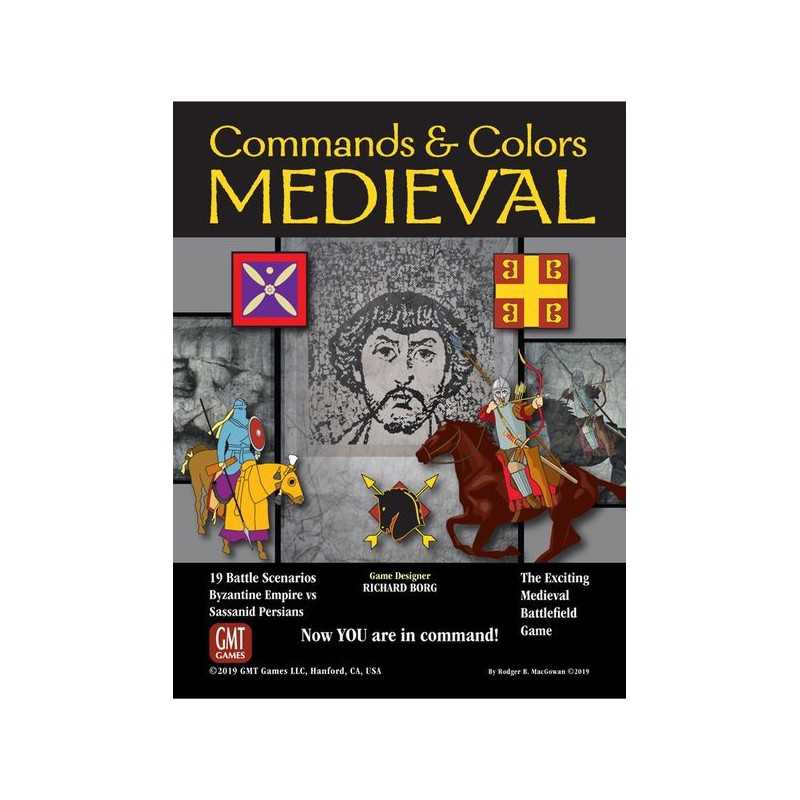 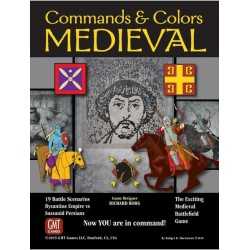 Superior armor and status when battling
Cavalry units increase to 4 blocks
Heavy infantry battle dice are reduced from 5 dice down to 4
Light Bow Cavalry units can employ the Parthian Shot when they evade
Still, some Commands & Colors game mechanics remain familiar to players of other games in the system, like the deck of Medieval Command cards that drive movement while creating a “fog of war,” and the battle dice that will resolve combat quickly and efficiently. The stylized battlefield scenario maps emphasize the important terrain features and highlight the historical deployment of forces in scale with the game system. The scale of the game is flexible, and varies from battle to battle. For some scenarios, a unit may represent a Chiliarchy of soldiers, while in other scenarios a unit may represent just a few brave warriors. The battlefield tactics, however, that you will need to execute to gain victory conform remarkably well to the strengths and limitations of the various medieval unit types, their weapons, the terrain, and history.

Although the Byzantine army fought on other frontiers, against a multitude of opponents, Visigoths, Vandals, Ostrogoths, Franks, Alemanni, those conflicts are beyond the scope and space of this one package. Additional expansion modules that address those battles will be forthcoming.