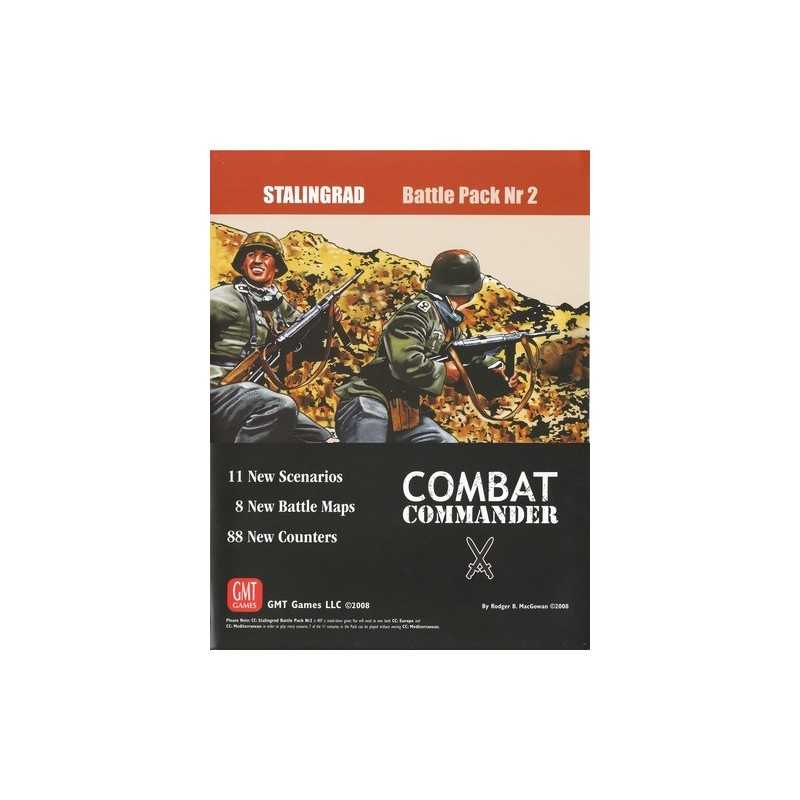 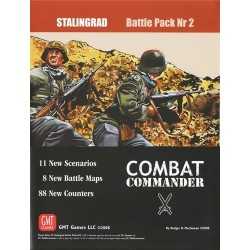 Combat Commander: Battle Pack #2 – Stalingrad is the second themed collection of scenarios for use with the Combat Commander: Europe series of games. The theme of this second Battle Pack shifts to the East Front in late 1942 as German and Soviet forces clash in and around the vaunted city of Stalingrad. CC–Stalingrad features eleven new scenarios printed on cardstock -- one of which is a new style of multi-scenario Campaign Game -- as well as eight new maps and dozens of new counters. Numerous additional rules relevant to the dense urban fighting characteristic of the struggle for Stalingrad are also included: Factories; Urban Snipers; Ongoing Melee; Rubble, Debris & Craters; Underground Sewer Movement; and the Ampulomet Molotov Launcher.

Please Note: CC: Stalingrad Battle Pack Nr2 is NOT a standalone game. You will need to own both CC: Europe and CC: Mediterranean in order to play every scenario; 7 of 11 in the Pack can be played without owning CC: Mediterranean.