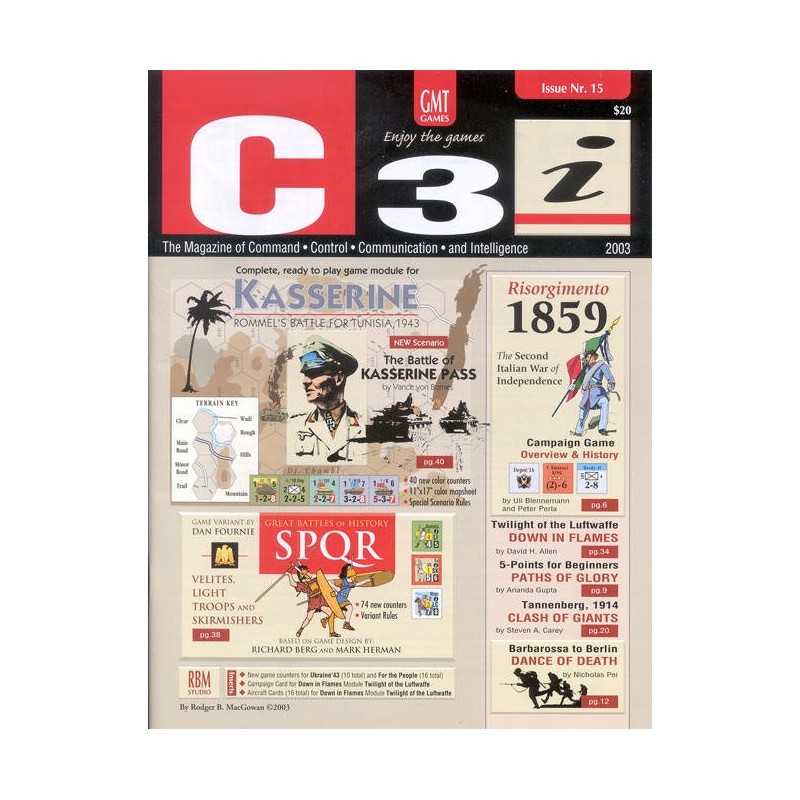 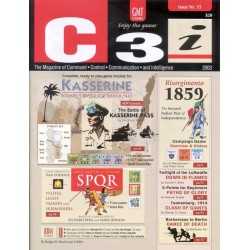 Features
# Risorgimento, 1859 – The Campaign Game An overview of the campaign game, with insights on how the game plays, the game engine, and designer Peter Perla's vision. By Uli Blennemann
# WW2: Barbarossa to Berlin – The Terrible Dance of Death Analysis, Rules Revisions, and an After Action Report from the 2003 World Boardgaming Championships on this CSR Award Winning game. By Nicholas Pei
# Clash of Giants: Tannenberg, 1914 – Player's Notes Deceptively simple, yet remarkably challenging, Tannernberg poses a multitude of options to both sides, especially the German player. By Steven A. Carey
# Down In Flames Tournament Event Rules – Who Wants to be a Fighter Ace? After years of running the DiF Tournaments at GMT West Weekends, from Hanford to Santa Barbara, Mike presents a "Do-It-Yourself kit." By Mike Lam
# Risorgimento, 1859: The Campaign for Lombardy From the designer of the Risorgimento 1859 Campaign Game, an historical overview of the war and the creation of the modern state of Italy. By Peter Perla
# SPQR Variant: New Skirmishers, Velites, and Light Troops This great game's portrayal of Roman velites & Carthaginian light troops is open to varied interpretations – here are new rules and counters for you to try. By Dan Fournie

C3i SPECIAL INSERT – The Battle of Kasserine Pass, 1943
# From the designer of Kasserine, a new scenario for the game, along with special rules, an historical summary and full-color mapsheet & 40 counters. By Vance von Borries Departments
# Paths of Glory Strategy Tips: Five Points for Beginners Master these 5 principles and you'll be able to compete with the experts. By Ananda Gupta
# Blue vs. Gray Deluxe Edition: Introduction and Appraisal A brilliant and innovative card game of the American Civil War. By Dave Schueler

Down in Flames Campaign: Twilight of the Luftwaffe, 1945
# Variation on history where the war in Europe drags on. Jet and missile technology are depicted using new DiF rules and aircraft cards.