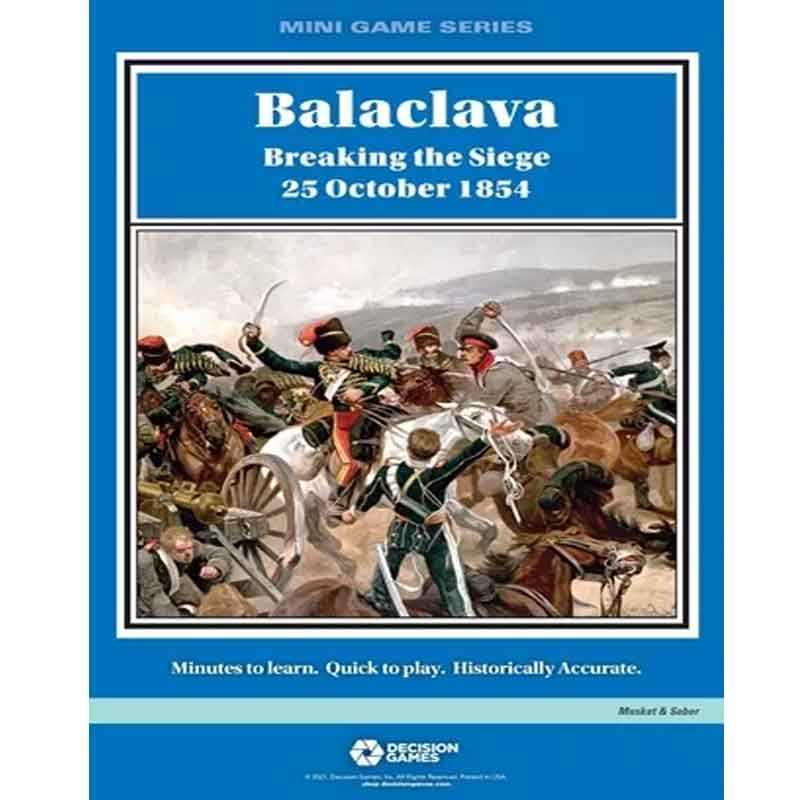 The Anglo-French-Turkish Crimean campaign revolved around besieging Sevastopol while fending off a Russian field army hovering nearby. In October the Russians lunged at Balaclava, the British base on the open eastern flank of the siege lines.

Battle of the Scheldt: The Devil's Moat

Eagle Day: The Battle of Britain

Game description
The surprised Allies had only a thin cordon of troops facing the attack. Dogged stands by infantry and the infamous charge of the British Light Brigade staved off the Russians—just—until reinforcements could arrive. It almost went the other way.

Balaclava uses the Musket & Saber QuickPlay system to portray battle during the Crimean War. Combat is based on unit quality rather than numbers, and rewards use of historical tactics. Infantry is tough and resilient. Artillery can smash attacks or open holes, but is vulnerable and brittle. Cavalry is weak, but crucial for pursuit and the occasional charge. All units are susceptible to rout when weakened, making reserves a must. Leaders enhance unit capabilities. Special rules cover the Allied redoubts, possession of which would mean victory for either side.

Winning the battle depends on careful deployment, thoughtful maneuvers, proper coordination of arms, and judicious use of leaders.