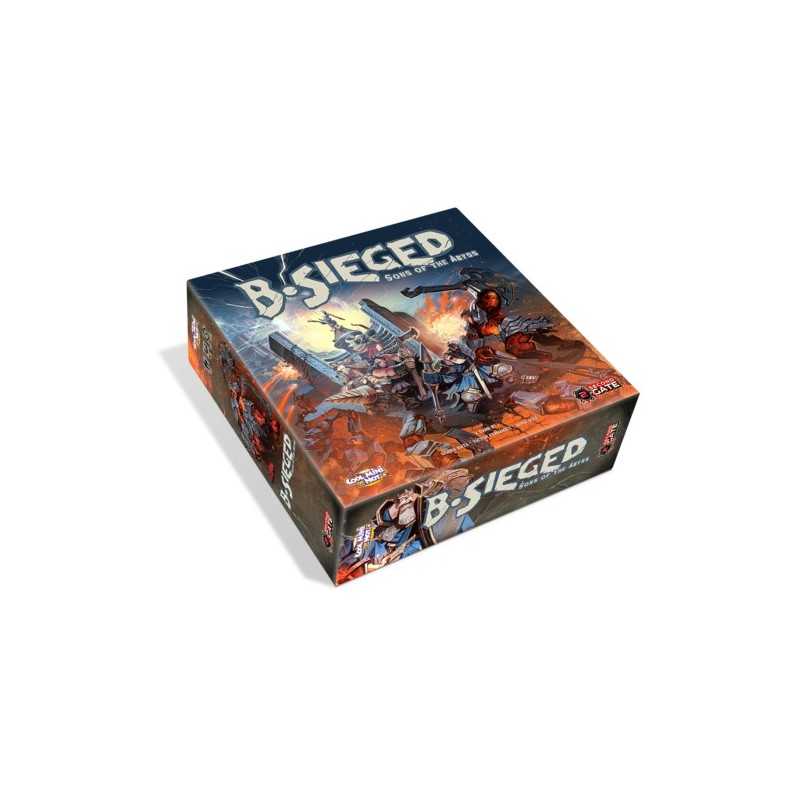 B-Sieged: Sons of the Abyss is a fully cooperative castle defense board game that combines exciting combat action with classic resource management. 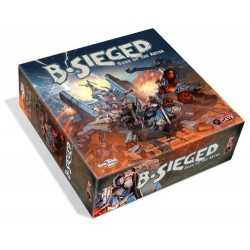 B-Sieged: Sons of the Abyss is a fully cooperative castle defense board game that combines exciting combat action with classic resource management.

A dark rift has opened, spewing monsters of the Abyss to lay siege to the Citadel of Modhelm! All hope lies on the mighty heroes who unite to defend its walls.

B-Sieged: Sons of the Abyss is a fully cooperative castle defense board game that combines exciting combat action with classic resource management. In this thrilling battle, 1 to 6 players control the mighty Heroes of Modhelm, who must endure the siege of the encroaching enemies and hold out long enough for the Messenger to return with a powerful magic artifact that will break the enemy forces.

During their turn, Heroes may take 3 actions. They can spend these actions to visit the various buildings inside the Citadel to get resources (such as Food, Gold, Special Abilities, and Cards), repair damaged buildings, trade cards, fight Enemies from the walls, or try to use the powerful catapult at the center of the Citadel. The Heroes must coordinate their actions well to share resources, gather vital supplies, and survive the siege.

After the Heroes have acted, it’s the Monsters' turn. Each monster figure on the board will activate and perform their actions according to its rank. For 12 rounds that encompass the 4 seasons, the heroes must fight to keep the citadel safe. If the messenger can return in time with the magic artifact, the abyssal forces will be cast back into the fiery darkness.

To make matters worse, a surprise disruption may summon the Avatar of the Abyss itself! This behemoth marches inexorably towards the citadel. Stop it in time, or it’ll shatter the defenses, and destroy the citadel!