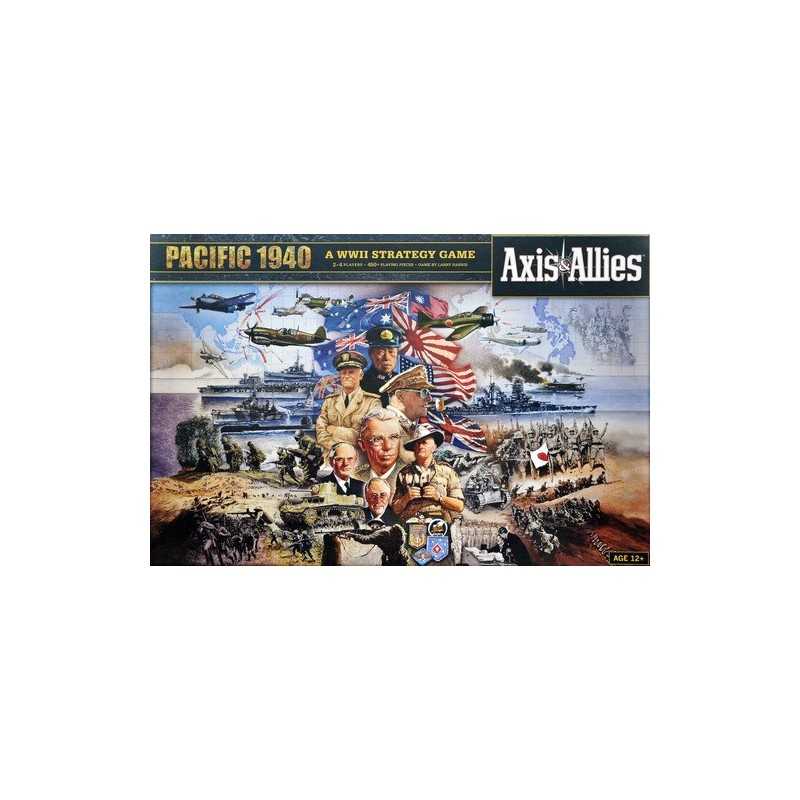 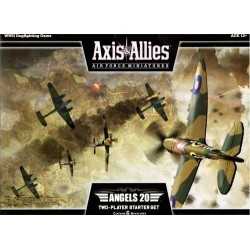 Axis & Allies celebrates 25 years of strategy war gaming with a deluxe edition of its original theater-level game. Axis & Allies Pacific 1940, designed and developed by Larry Harris, utilizes the updated rules established in A&A Anniversary Edition. Two new combat units debut in this game, Tactical Bombers and Mechanized Infantry. Australia and New Zealand, joined together as the ANZAC forces, represent a new playable ally. China fields more forces than ever before, but will need help from their allies -- the United States and England -- to withstand the might of expansionist Imperial Japan.

Finally, this deluxe theater-level game is designed to join together with Axis and Allies Europe: 1940 Edition to create the greatest Axis & Allies experience to date! When joined, these boards will measure 5 feet wide by 32 inches high. Both games have been designed to play alone or together to offer a 2-6 player global 1940 scenario, complete with separate set up and national objectives.