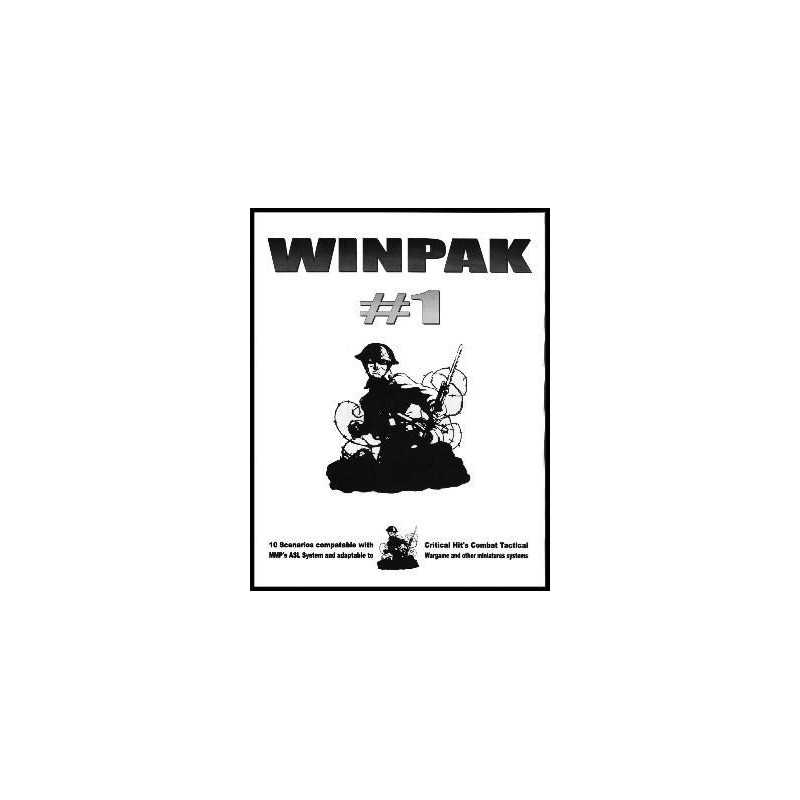 This ten-scenario pack is compatible with MMP's ASL™ System and modifiable to be used with other miniature Wargaming systems. 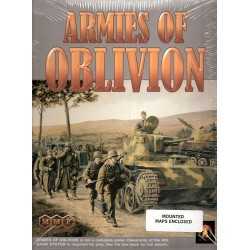 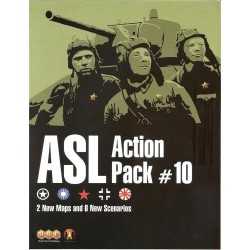 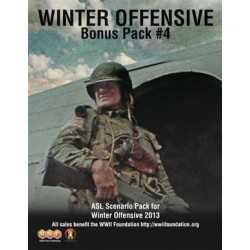 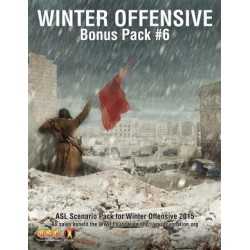 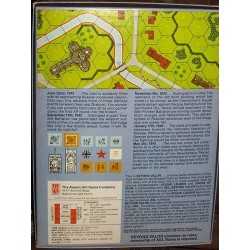 This ten-scenario pack is compatible with MMP's ASL™ System and modifiable to be used with other miniature Wargaming systems.

Pachino Airfield, Sicily 10 July 1943: Operation "Husky", the Allied Invasion of Sicily, had the Canadian invasion forces landing on the Sicilian shores in a wide, curving bay known as Costa dell'Ambra, Code-named "Bark West". Bark West was divided into two sandy beaches, "Roger" on the right and "Sugar" on the left. The Hasting and Prince Edward Regiment and the Royal Canadian Regiment of the First Brigade were assigned to Roger Beach, while Sugar was given to the Second Brigade's Princess Patricia's Canadian Light Infantry and Seaforth Highlanders. Three miles inland lay the main Canadian objective, the Pachino airfield, near the town of the same name.

Daliki, Russia, 26 June 1943: Partisan attacks on moving trains and extensive demolition of tracks, bridges, and tunnels at times almost halted traffic on the railway routes Warsaw-Gomel-Bryansk and Minsk-Borisov-Smolensk. German anti-partisan operations had developed a definite pattern. As soon as the location of a partisan force became known it would be attacked simultaneously from several sides. Dawn was the preferred time for such raids. However these tactics were successful only if the partisans did not learn beforehand of the Germans' intentions.

South of Casa Barardi, Italy 13 December 1943: In an attempt to gain a port to speed the Commonwealth Forces assault on Rome, the First Canadian Division was assigned to capture the ancient Adriatic port city of Ortona. To gain the approaches to the city the Royal 22nd Regiment was assigned to capture the hamlet of Casa Barardi and the crossroads on the Ortona-Orsogna road beyond. To carry out this task the Royal 22nd’s C-Company under the command of Captain Paul Triquet and C Squadron of the Ontario Regiment with seven Shermans under command of Major H.A. "Snuffy" Smith.

Schweigen, Germany, 9 September 1939: On 7 September French units advanced out of the Sarre Gap between the Region Fortifee of Metz and La Lauter of the Maginot Line, moving towards the German industrial centre at Saarbrücken. The French units lumbered forward into one of the most heavily defended sectors of the still incomplete Siegfried Line.

Near Eisholz Germany: 1 May 1945: On the 21April the spearheads of the 1st Ukraine Front and the 1st White Russian Fronts met near Künigswusterhausen, encircling the three Army Corps of General de Infanterie Busses’s German Ninth Army in the Frankfurt-Fürstenwalde-Königswunsterhausen area. The Ninth Army was now being attacked on three sides. On the morning of 23 April, Hitler had given authorization to pull back the Oder Front. The surrounded Ninth Army formed up for the breakout.

Casa Berardi, Italy 13 December 1943: The Canadian 3rd Brigade committed their reserves, the Royal 22nd Regiment to a hard blow across the "Gully" immediately south of Casa Berardi. In an attempt to pinch out the position in front of the crossroads by driving up from the south. At 0730 hrs, the Vandoos started out for Casa Berardi under heavy shellfire crossing the "Gully", at a point deemed to be its least formidable point. "C" Company under Captain Paul Triquet which fought its way over the "Gully" doing terrible damage to enemy tanks with the company’s PIATs, was to perform a left flanking movement which was would enable the remainder of the Battalion to attack Casa Berardi from in front.

Southern Edge of Scheidiswald, Russia 17 January 1943: Without pause, the second and third phase of this second battle of Lake Ladoga began. The two old corner-posts of the German defence continued to play their former part. The strongpoint of Gorodok with its hospital and power station on the Neva, at the other end, the fortified positions known as the "Wrengler Barrier". Time and again throughout the Soviet tank attacks, the guns of the 1st Battalion, 240th Artillery Regiment relieved the grenadiers and engineers by timely defensive fire or concentrated bombardment of the focal points of the attack. Late in the afternoon of the 17th the First Troop guns went silent.

Pontaubault, France 1 August 1944: Patton drove his VII Corps down and through the narrow corridor between the German flanking position and the Atlantic Coast. The 4th U.S. Armoured Division reached Avranches in the evening of 30 July. On the following day it took Pontaubault and established a bridgehead over the Selune River. Patton had burst open the door for the breakout into unconfined expanses of France. That is if he could keep the door open. Patton's VII Corps depended on one road over one bridge, for only one single road with one single bridge led from Avranches over the Selune into Brittany.

Near Toungoo, Burma 18 March 1942: Late in the afternoon, three British officers were riding along a jungle track towards Toungoo, 250 km from Rangoon, with 100 soldiers of the Burmese Frontier Forces (F.F.2). They had been on the move for weeks, making their way from the distant Chinese frontier. The riders and their small but sturdy Burmese horses were at the limit of their endurance. The 2nd Frontier Forces column was attached to the Chinese formation under General Stilwell, and given reconnaissance duties.

Ozereyka Bay, Russia, 4 February 1943: A Russian Seaborne Invasion landed and moving inland. Soviet tanks reached Glebovka overrunning a Romanian Mortar battalion, held up in an old vineyard in the process. The recapture of these mortars was given to Captain Dabiji Nicolai and his Romanian 5th Company who immediately launched an assault on the manor.