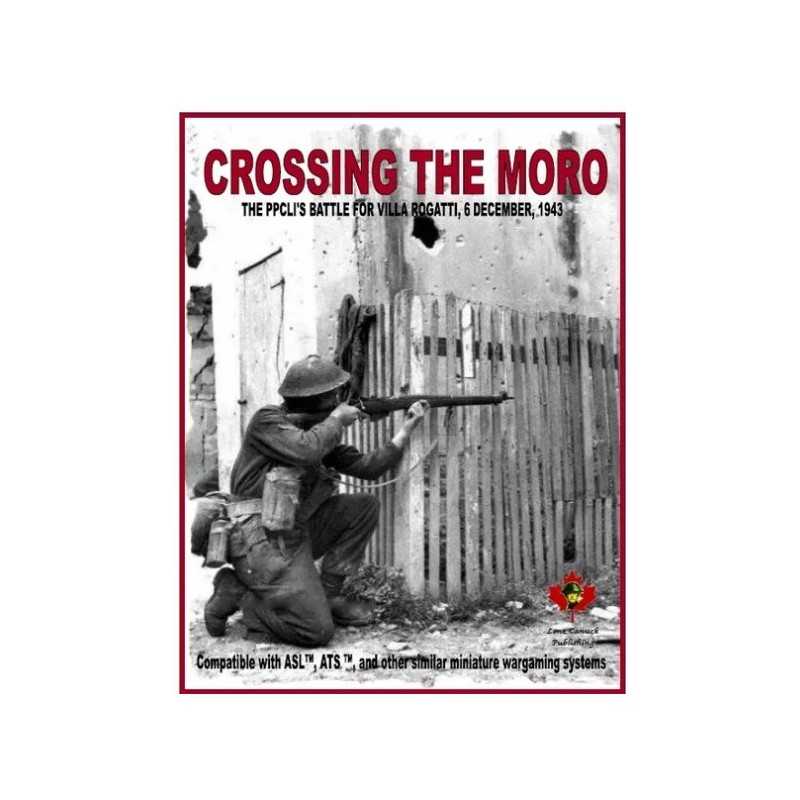 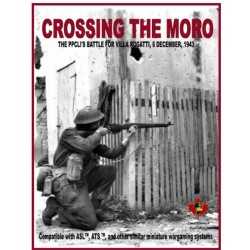 Crossing the Moro is a Scenario / Campaign Game pack which depicts the Princess Patricia’s Canadian Light Infantry's battle to capture Villa Rogatti in December 1943. it contains:

One colour 22" x 33" historical map with one-inch hexes of the Villa Rogatti
Four Scenarios played on various parts of the map,
A Four-Scenario Date, Campaign Game; and
Chapter CM that includes rules to play the Campaign Game.

The 1st Canadian Infantry Division, having captured Campobosso in late October, began withdrawing in late November, bound for the Adriatic coast, where they were to replace a British division that had been badly mauled in the crossing of the lower Sangro River. The Canadians were assigned the far right flank of the British Eighth Army, on the coast, and given the task of driving northwards to capture the small port town of Ortona. Before they could do that, however, they would have to cross the heavily defended Moro River, about three-kilometres South of Ortona. The Canadians' plan called for the crossing the river and the securing of a bridgehead at three points; on the right along the coast, the Hastings and Prince Edward Regiment was to capture San Donato; in the centre, the Seaforth Highlanders were to capture San Leonardo, and on the left flank, the Princess Patricia’s Canadian Light Infantry was to capture Villa Rogatti.

Crossing the Moro is not a complete game and ownership of a tactical wargaming system such as MMP’s Advanced Squad Leader, Critical Hit’s Advanced Tobruk System, or Firefly WWII Battlegroup Actions is required.