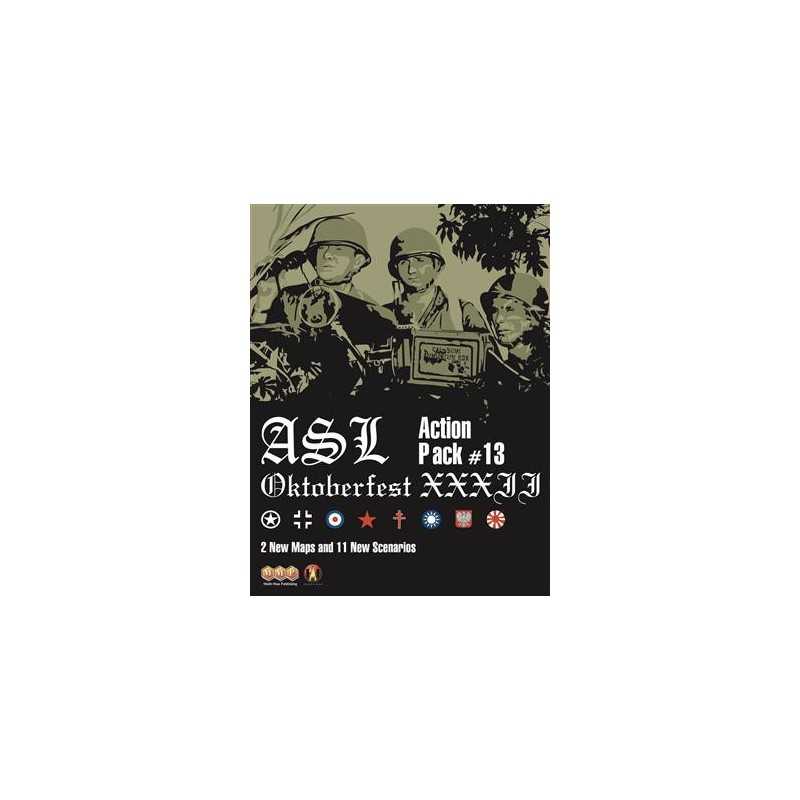 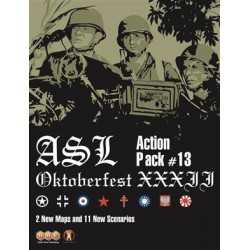 The ASLOK XXXII pack builds on the success of the ASL Oktoberfest XXX pack, and highlights the design and playtesting talents of Ohio’s finest. Guided by veteran playtesters and tournament directors Bret Hildebran and Bill Hayward, the expert scenario designers Bill Sisler and Pete Shelling bring us eleven scenarios ranging from 1939 Poland to 1945 Hungary, with stops in Ukraine, Russia, New Guinea, Burma, Italy, France, and Belgium along the way. Place names like Vistula, Balta, Luga, Bougainville, Myitkyina, Elba, Caen, Falaise, and Bastogne will all ring a bell. These scenarios will stretch your tactical knowledge and skills, with many different situations (although no night actions—so sad). Some are infantry only, one is armor only (almost), but most feature combined arms. Assault engineers with all their toys are featured, and the King of Battle makes its appearance in the form of offboard artillery in several scenarios. Along with the “typical” Russian, German, and American battles, these scenarios also involve Poles (both 1939 and 1944 versions), British, Japanese, Chinese, the Free French, and the SS (of all different squad types).

The two new boards bring added flexibility to the system and are integral to most of the scenarios. Board 78 is a true wilderness board (no buildings) featuring a brush-covered ridge along its length. Board 79 provides a new river, three to five hexes wide, with a village strung out along both banks. Both highlight the steady skills of Charlie Kibler and are sure to see wide use in future scenario design. With great boards and great scenarios, Action Pack #13 is sure to be a big hit.