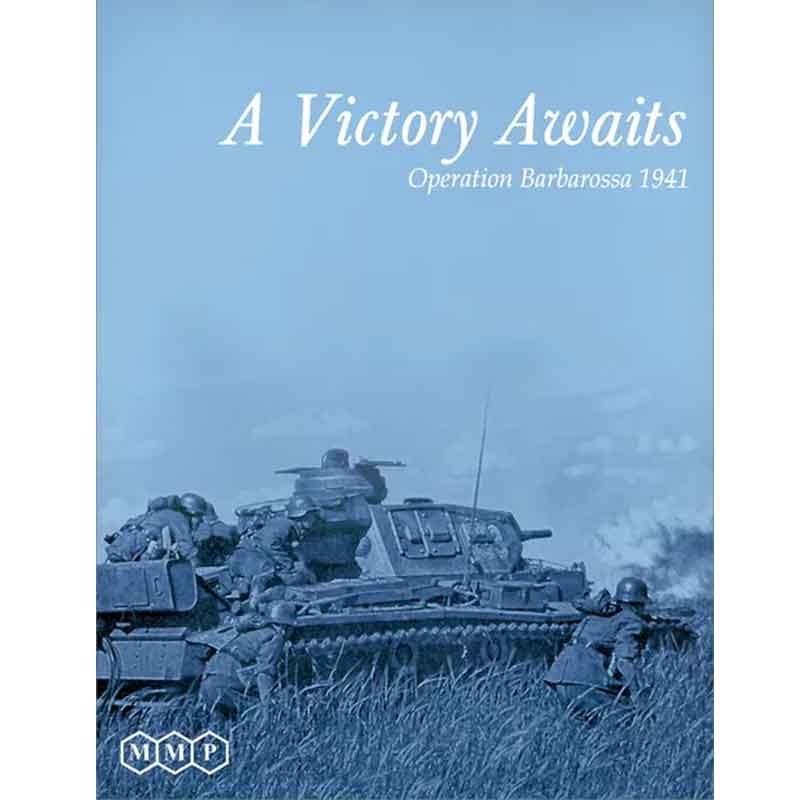 A Victory Awaits: Operation Barbarossa 1941, uses a lightly modified version of the Series: A Victory Lost game system. The game covers Operation Barbarossa from June 22 to mid-September. Game play features the same chit-pull mechanics used in AVL, with 10 one-week turns. Players can play either the full campaign game, or the Army Group North, Army Group Center, or Army Group South scenarios. Each of the scenarios plays on a single map, or play the full campaign game on all three maps!

The game also includes rules for multiplayer (four to eight players) and a series of optional rules. The rules have been expertly translated into English, with detailed assistance from the designer.

On the wide steppes of the Soviet Union can you emerge victorious from the opening blows of the Russo-German war?