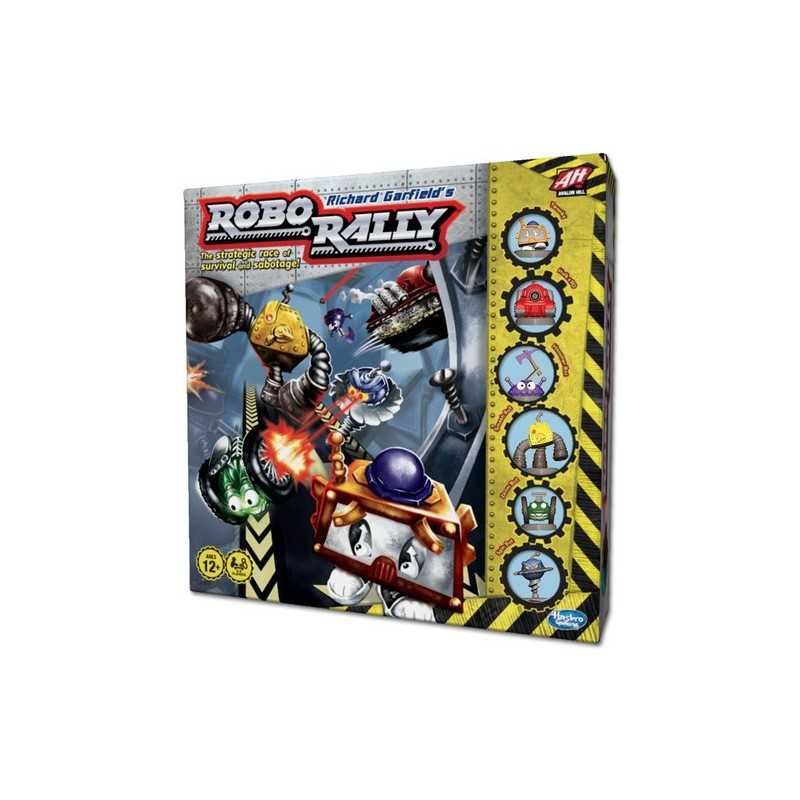 Thos is the 2016 edition of Robo Rally. At the far end of the galaxy lies a fully automated grid-widget factory. As one of the factory's eight redundant supercomputers, you have a lot of responsibility - and even more free time. When boredom creeps into your circuits, you and the other computers have a little fun at the factory's expense.

The race is on for the robots of the Robo Rally automobile factory who work long, hard days at the assembly line building high‐speed supercars, but never get to see them in action. On Saturday nights, the factory comes to life as the ultimate race course with treacherous obstacles and rival sabotage. In Robo Rally, players move their robots through the course by speeding through corridors and dodging traps to reach each checkpoint first. Only the strongest robots survive!

Enter the world of mad machines and dangerous schemes in the Robo Rally board game. Players control their robot with game cards which reveal directions on how the robots can move through the hectic Robo Rally automobile factory. Use strategy to outsmart rival robots while racing towards each checkpoint in your chosen course in numerical order. Beware of factory obstacles such as industrial lasers, gaping pits, and moving conveyer belts that can make or break the race.

The 2016 edition of Robo Rally differs from earlier versions in a number of ways: