The Chase of the Bismarck Operation Rheinübung 1941 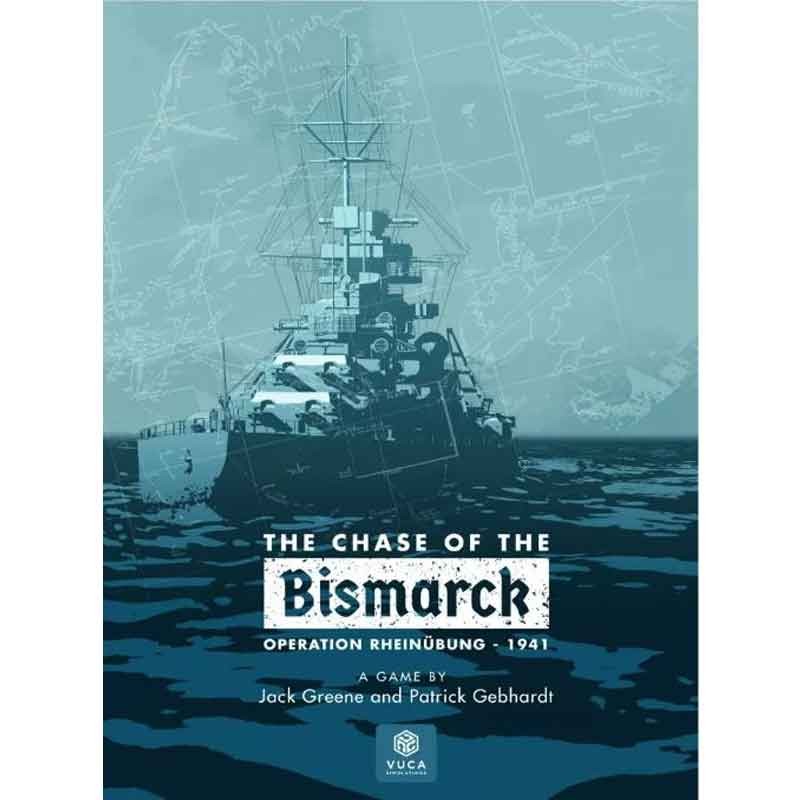 The Chase of the Bismarck covers the famous sortie into the Atlantic by the new German battleship Bismarck and the heavy cruiser Prinz Eugen on 18–27 May 1941. It uses a double blind system with each player having his / her own search board.

Descripción del juego
Chase of the Bismarck is played in turns, each representing nearly five hours of real time. In each turn, both players secretly move any or all ships and air units under their command on their own search board.

Each player may then call out zones in which he has enough search factors to locate his opponent's ships. This is the “operational part of the game”.

If opposing ships are discovered to be in the same zone, they may proceed to combat on the Battle Board. This is the “tactical part of the game”.

The game ends if Bismarck is sunk, arrives at a friendly port or the last turn of the game (evening of May 29th) has been played.

The following components are included in the game: