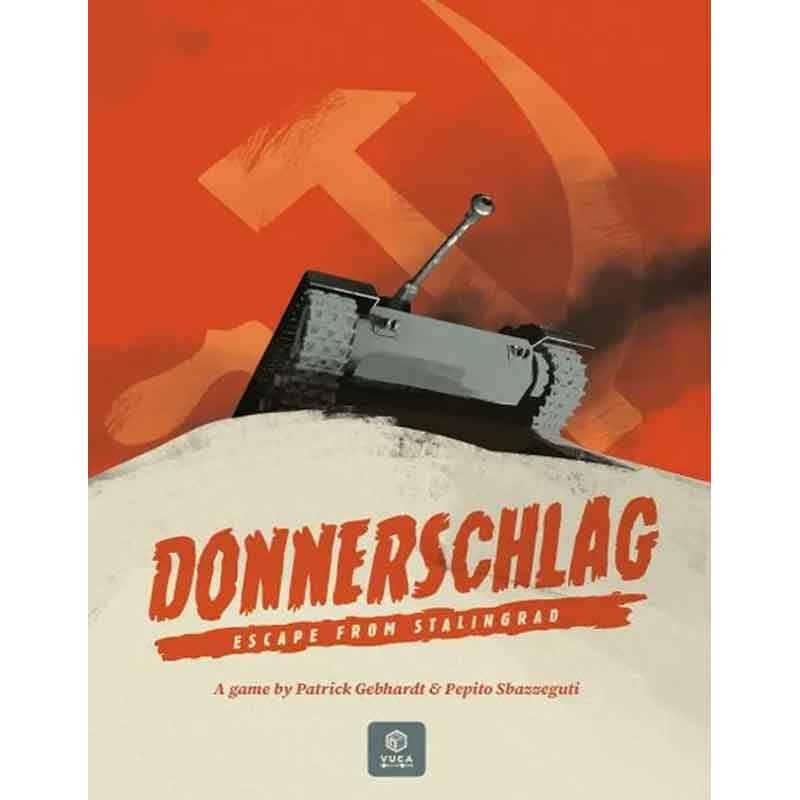 Donnerschlag is a two player game which is playable in one sitting. It is more of a game than a simulation and intended to bring a high player interactivity and replayability to the player's table.

From December 12 to December 23 in 1942, "Unternehmen Wintergewitter" was in progress. This was the code name for a relief attack by Heeresgruppe Don to free the trapped 6th Army in Stalingrad.

The Axis formations entered with 50,000 men and 250 tanks, while the strength of the Soviet formations was reported to be about three times that. For the enterprise to have any chance of success, the troops in the encirclement had to break out and meet the advancing Axis troops. The breakout had to be precisely coordinated with the advance of the relief troops and was to commence on the cue “Donnerschlag”. The breakout was never ordered and the troops in Stalingrad were never able to be relieved. This sealed their fate.

Players will be recreating this episode, with the Axis side attempting to secretly establish and reach a meeting point, thus effectively freeing the 6th Army, while the Soviet will try to impede such outcome.

A hex represents 4 kms (2.5 miles) of terrain from side to side.
Each turn represents a period of 1-2 days.
Combat units are mostly Brigades & Regiments for the Soviets and Romanians, Battalions & Abteilungen for the Germans.