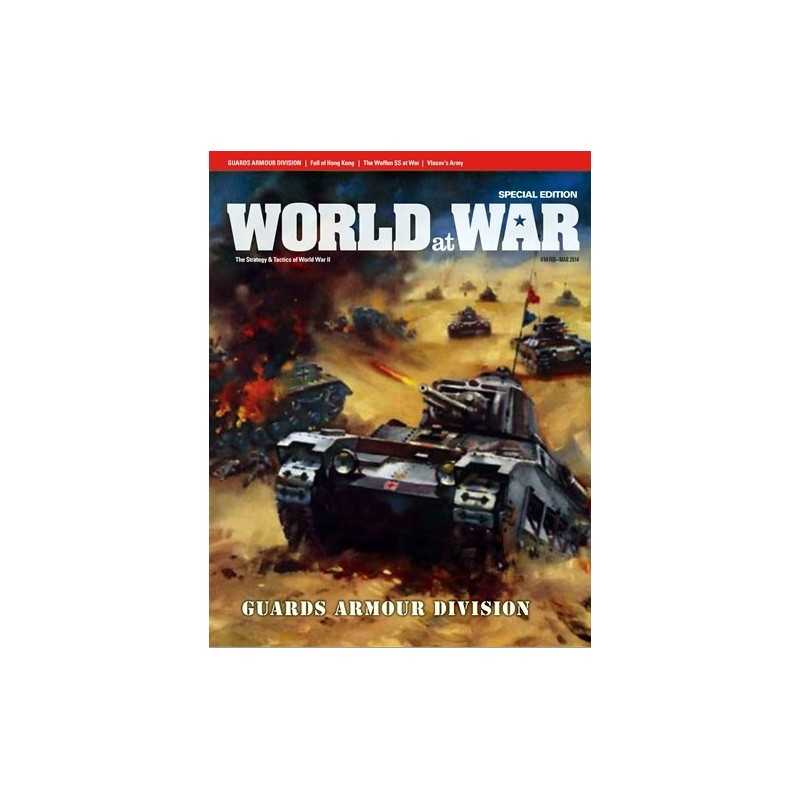 World at War 39 France Fights On

World at War 40: Rampage and Stalingrad

The Famous Divisions series continue with British Guards Armour. It brings tactics to an operational simulation and recreates four battles from 1944-45: Operations Goodwood and Veritable, Bonninghardt Ridge and Joe’s Bridge.

The system offers a new concept: play is governed by drawing "Event Chits.” Combat isn’t simply resolved by comparing attack and defense strengths, but is modified by chit-draws that introduce elements of chaos.

Chits may be nullified by other chits, so players never know how an attack will be resolved based on its odds. Examples of chits are: Sniper, Good Commander, Ambush, Experienced NCO, Caught in Crossfire, Fanatic, Radio Out, Critical Hit, Frontal Assault, Elite Troops, Outflanked, Hand-to-Hand Combat, and Friendly Fire.

Each hex represents 500 meters, and each turn represents six hours; however, they aren't subdivided into friendly and enemy turns. Rather, each is comprised of HQ activations. All HQ activation chits are drawn one at a time to initiate the movement and combat of a particular HQ and its companies. When an activation is finished, a new HQ is drawn and its activation begins. While not purpose-designed for solitaire, the system is easily adapted to such play.