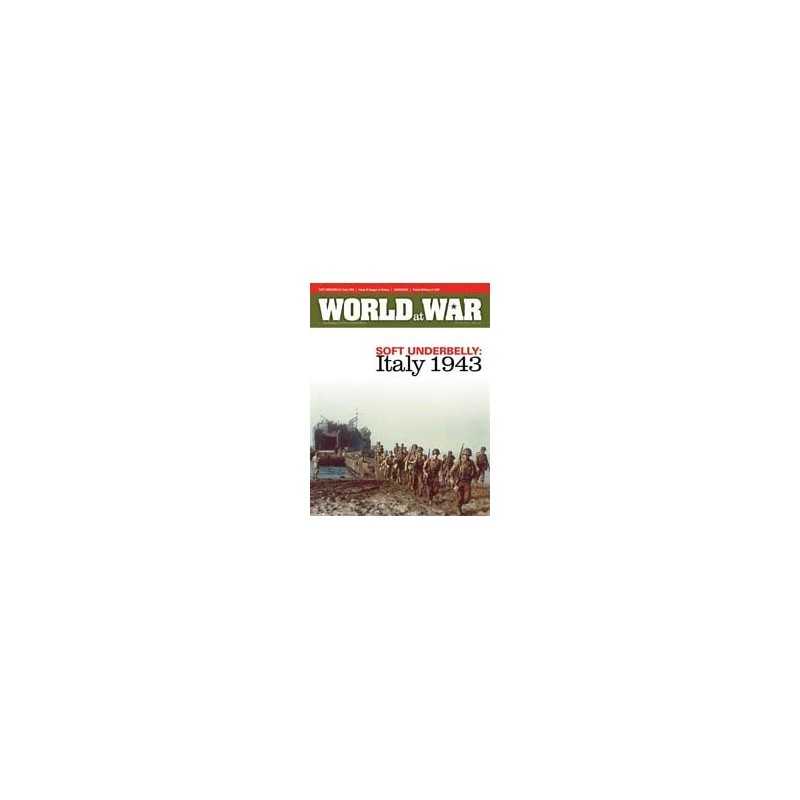 Soft Underbelly: Italy, 1943 designed by Ty Bomba, will be Soft Underbelly: The War in Southern Italy, 1943 (SU). It’s an intermediate-complexity, two-player wargame simulating that historic World War II campaign. It may also be used to explore the “what ifs” inherent in the situation had the German high command chosen to react to the Allied landings in a much different manner: making that effort’s defeat Berlin’s main strategic goal for late 1943 (Operation Wacht am Tiber). 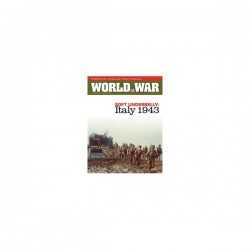 The design therefore combines factual historical detail with studied counter-factual analysis to present players with a situation that will be familiar to most of them, while at the same time allowing for an easy and seamless transition into the less certain realm of alternative history. Each extra-large-hex on the 34x22” mapsheet equals 11 miles (18 km) when measured from side to opposite side. Each game turn represents between two and 15 days, depending on the exact time of year of each one.

That is, as the autumn weather worsens, and attrition and the inevitable declines in soldier morale and force-robustness take their tolls, each game turn comes to represent a longer period of time. That approach allows for the smooth building into the system of what would otherwise be burdensome factors of weather, ground conditions, operational tempo, etc. Every ground unit represents a division or division-equivalent (176 large-size NATO-style). The game uses the well-liked system originally created by Ben Knight for Victory in Normandy. There are approximately 14,500 words in the rules. A complete game of SU generally takes from four to five hours to complete, and it’s suitable for solitaire play. Rules cover such things as: Allied end-run second invasions, Luftwaffe seaport raids, reinforcements, withdrawals, paratroop drops, naval gun support, both sides’ army and corps organizational schemes, German tactical superiority, tactical and strategic airpower and much more. The turn sequence is as follows: