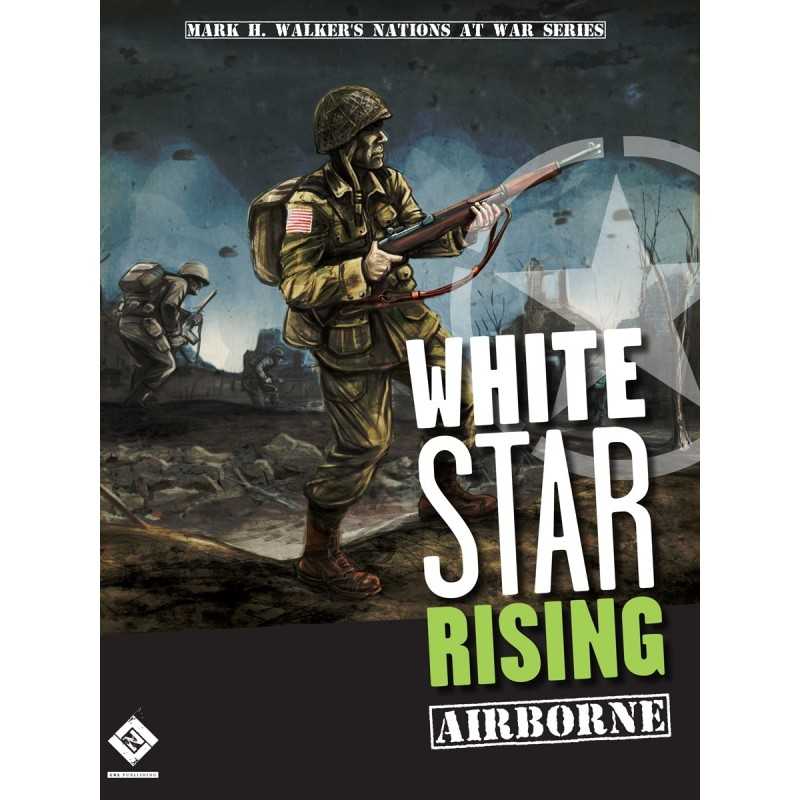 White Star Rising: Airborne is an expansion to the widely popular White Star Rising series. Featuring fourteen scenarios and a set of new map overlays, the expansion details British and American paratroopers fighting in Europe during 1944-45.

Included are two persistent campaigns--one featuring the British Paras at Arnhem, and another detailing the battles fought by the troopers of the 101st Airborne on June 6th, 1944. The British campaign is five scenarios long and the Screaming Eagles three. Addtionally, there are six stand alone scenarios detailing paratroop actions of the Americans, British, and Germans.

The persistent campaigns really make the gamer think. He must learn to conserve his forces, because what he finishes one scenario with is the basis for the next. On the other hand, the more objectives a player meets the more refit points he gets to refit his troops. These are the types of delicious decisions wargamers game for.

Ten of the scenarios in Airborne were originally published in Line of Fire, and four of the firefights are brand new. Fourteen scenarios, overlays to change your existing White Star Rising maps, what's not to like?"