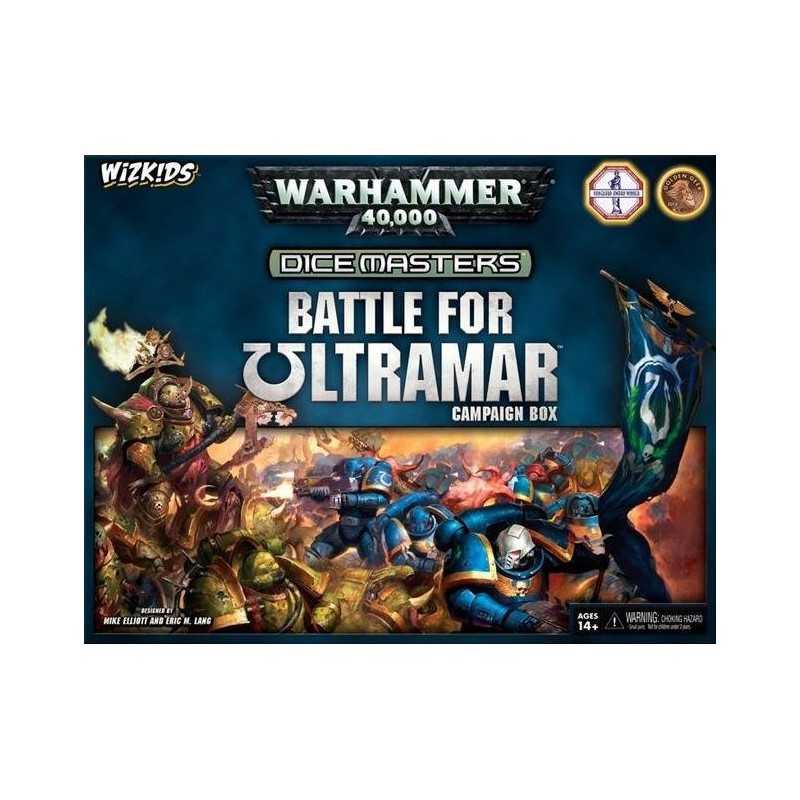 Set in the dark sci-fantasy world of Warhammer 40,000, Warhammer 40,000 Dice Masters allows players to build teams of iconic characters and warriors to battle it out for supremacy using custom dice and cards.

Warhammer 40,000 Dice Masters uses the game system designed by Mike Elliott and Eric M. Lang for Dice Masters and is completely compatible with other games in the line. Four factions are available when the series first launches, and players can either build teams using a single faction or mix and match to create their own Dice Masters team.

The initial release of Warhammer 40,000 Dice Masters will be centered around the Battle for Ultramar Campaign Box. This starter box has fixed content set that includes everything needed for two players to play the game: a force of Ultramarines, a force of Deathguard, Sidekick dice, Basic Action dice, and dice bags for both players. More than twelve characters appear in the set, including the Ultramarines Primarch Roboute Guilliman and Chief Librarian Tigurius, as well as the Deathguard heroes Typhus and Mortarion.