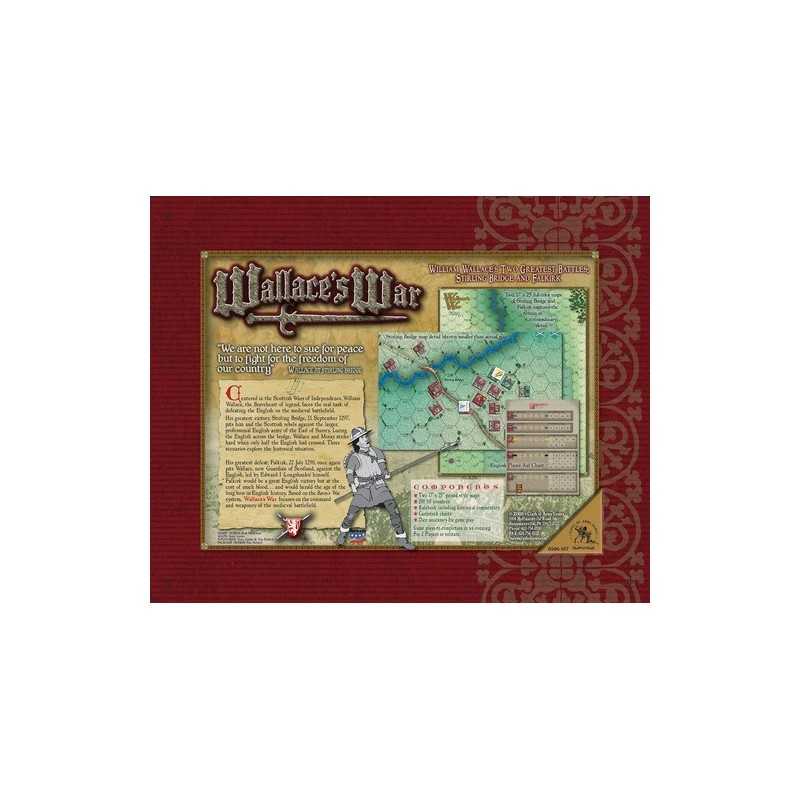 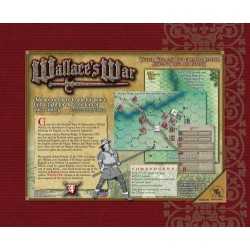 Centered in the Scottish Wars of Independence, William Wallace, the Brave Heart of legend, faces the real task of defeating the English on the medieval battlefield.

His greatest victory; Stirling Bridge, 11 September 1297, pits him and the Scottish rebels against the larger, professional English army of the Earl of Surrey. Luring the English across the bridge, Wallace and Moray strike hard when only half the English had crossed. Three scenarios explore the historical situation.

His greatest defeat; Falkirk, 22 July 1298, once again pits Wallace, now the Guardian of Scotland, against the English, led by Edward I (Longshenks) himself. Falkirk would be a great English victory but at the cost of much blood...and would herald the age of the long bow in English history. Based on the Barrons War system Wallace's War focuses on the command and weaponry of the medieval battlefield.

"Wallace's War is the second game in the medieval game series (the other is Baron's War) and this time focuses on William Wallace and his two major battles, Stirling Bridge and Falkirk. The system has been cleaned up considerably by Frank Hastege (who did yeoman's work on the rules). The goal of the series is to create a platform on which to re-create the medieval battlefield. THe system is meant to reflect the problems that leaders of the time had. One special focus is the control one has on the battlefield. Once the battle started the leader had the problem of how to change his initial plan if things started to go poorly."