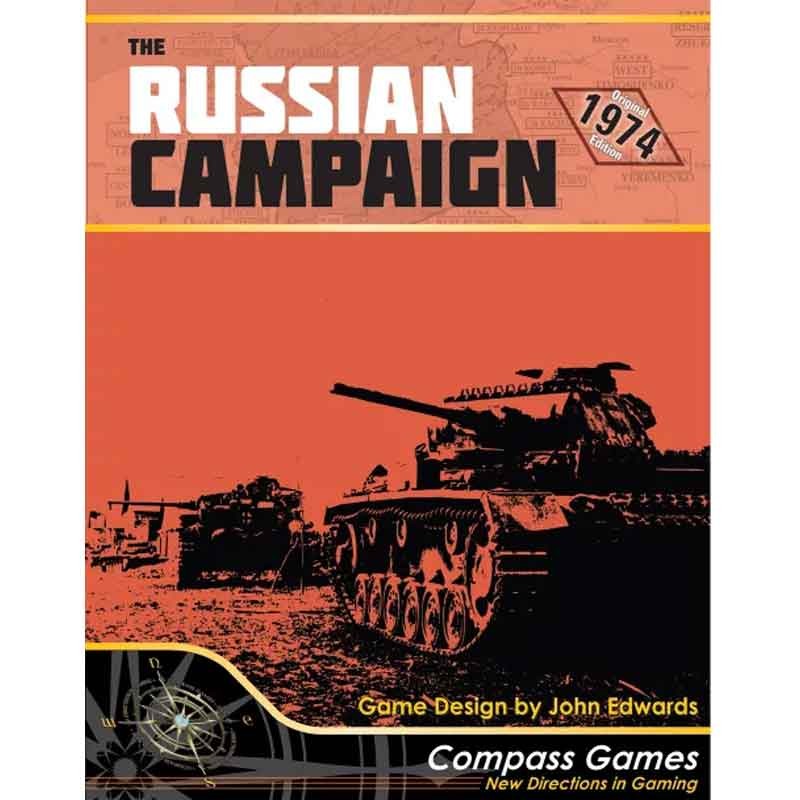 Recognized as one of the finest wargames ever published and winner of the 1976 CSR Awards. Enjoy this remake of the original 1974 Jedko game covering the Eastern Front during World War II that is short on rules and playing time. The Russian Campaign, Original 1974 Edition is a true wargaming classic that serves as a great introductory wargame.

Descripción del juego
On the 18th of December, 1940 Hitler issued Fuhrer Directive No. 21, code named Barbarossa, which stated: “The Soviet Union is to be crushed in one swift campaign before the war with England ends.”

On the 22nd of June, 1941, Barbarossa was finally launched. Over three million German soldiers, most of them veterans of the campaigns in Poland, France, and the Balkans, began a blitzkrieg style of invasion against two million Russian defenders. The initial advance was fantastic. Hundreds of thousands of prisoners were taken and the motorized divisions began to outrun the rest of the army. The Germans reached the gates of Moscow, victory in sight. Then the winter came.